Staff Spotlight: Mrs. Preyor-Johnson- The glue that holds the Dobie Cougar Tale together 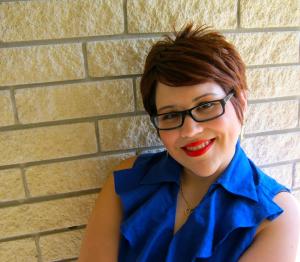 Nancy Preyor-Johnson is Dobie’s journalism and yearbook teacher. She has been described by her students as amazing, nice, and interesting, while still being firm. She has been working as a teacher in SCUCISD for three years now, but that’s not how her career, and life, started.

Mrs. Preyor-Johnson grew up in the small town of Mathis, Texas. When Mrs. PJ was younger, she was very shy, so she NEVER thought that she would become a reporter. Even so, while in school, she was inspired by one of her english teachers, when they told her that she should write books when she grew up. But even then, the thought of teaching never crossed her mind… until

While she was working in as the marketing director at Connally Memorial Medical Center, she told her son, Terence, that she would work at his school since he was getting in trouble a lot, and looked on his school’s website at jobs (she was bluffing) and ACTUALLY saw an opening for a journalism teacher. Shocked, she called the principal (still bluffing) and, since the school was desperate, they hired her as the new Heritage Middle School journalism teacher.

While she was in college, she earned many degrees. While at Del Mar College, she received her Associates degrees in Journalism, and Communication and Media Studies. She then received her Bachelor of Arts Degree in Communication, Speech, and TV/Radio at Texas A&M University-Kingsville. In fact, this year, Mrs. PJ achieved a big feat by getting her Masters degree in Educational Leadership, with a principal’s certification.

And although at first Mrs. Preyor-Johnson wasn’t always keen about the educational field, it’s all the better with how students see her in their eyes. “I like that she gives us the freedom to write what we want,” Amber Berry, one of her students, said.