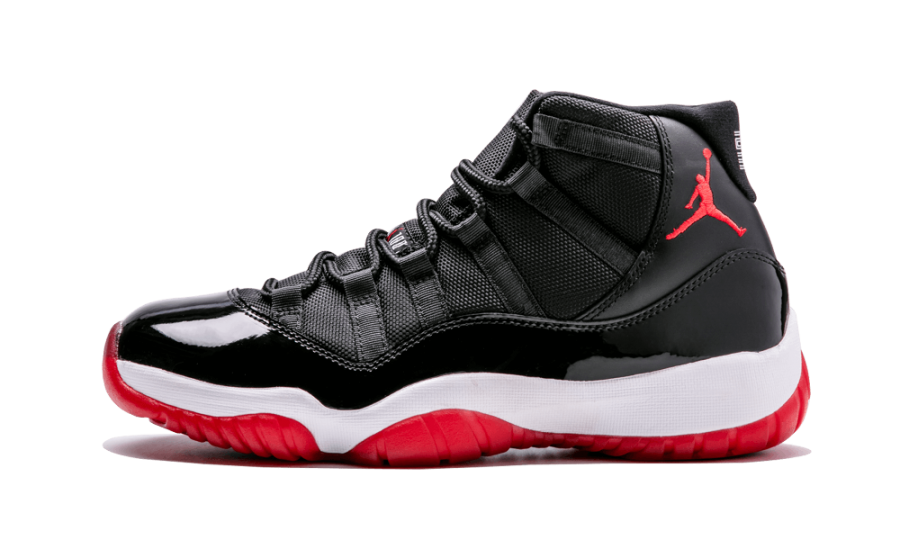 The Air Jordan 11 “Bred” first released to the public in 1996 for a price of $125. The Jordan 11 has now skyrocketed to a price of $220. The AJ 11 Bred first debuted in the 1996 NBA Finals against the Seattle SuperSonics. This 11 colorway has become an all-time favorite around the sneakerhead community. Every December, you can find a new pair of Jordan 11’s releasing. The last time Bred’s released in 2012, they sold out in just a couple days

The Jordan 11 “Bred” has earned lots of fans. Valentino Sanchez, an 8th grader, is really excited about the 11’s releasing. “I’m very excited that they are coming out this year and hopefully I can get them for Christmas. They really nice and clean.” He also said that they are his favorite pair of Jordans.  “I like them because they are nice and they go with anything. I also like the shape of them,” 8th grader Braden Crouse said that he is not big into shoes, but he likes these a lot.

This December, the Bred’s will release for the first time since 2012. They will release on December 14, for a price of $220. If you think about getting this shoe for yourself or somebody else, you should get them on the day of release or around the time of the release, as this is a very coveted shoe in the sneakerhead community, and could be sold out within days. Also, resellers will buy shoe for $220 dollars, and then, about a 3 days after release, they will put them for sale for A LOT more. They will sometimes up the price almost 300-500 dollars.

The Air Jordan 11 Bred has received wonderful responses in the 20 years they have been around. They have become a favorite, and will stay for years to come.