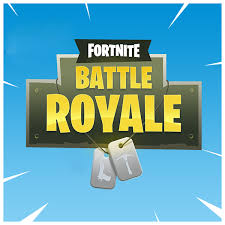 Fortnite is a billionaire game and was one of the best games ever made, but is it slowly dying?

Fortnite was created on July 25, 2017, by Epic Games and is a 100 pvp battle royale for free, their is also a mode called Save The World, which is also a pvp but you get to go against zombies. The main purpose of Fortnite is you are in a bus called the Battle Bus where you jump out whenever you want and land at a place and pick up loot and also eliminate other players, where you can pick up their loot for possibly better loot and try to survive to pick up the Victory Royale.

Fortnite became very popular when streamers or people who record their gameplay live started playing the game and changed it a lot. People would watch these streamers and play the game and try to win for themselves. Then is started to gain a lot of popularity which from that made it a really good game. Not only does it have very good graphics, but it very unique and different from different from other battle royales. The way it is different is you can build when you’re in a battle with someone which could save you and make you possibly win the battle.

The great thing about Fortnite is that unlike other games about every other week they update the game, by either adding something new in the game, or to changing the map of the game. Fortnite also has seasons which are not like the weather seasons, but instead seasons where you can get a variety of different customization options for your character. Not only can you get different customization options for you character but you get to unlock different characters and different pickaxes which are the way you get materials in the game to build.

Valentino Sanchez, 8th grader, said, “Fortnite is the most popular game and I love how they put new skins, new maps, and more story in each new season but this latest update has really changed my mind.” Jared Haug, 8th grader, said, “ I have played 1000 games and still have not won yet. I love Fortnite and I have never won but when I recently played I thought it was different then the last time I played. It was much more fun when I played last time but I think it might be slowly dying.” Dean Slater, 8th grader said, “I don’t play Fortnite but I heard a lot of people say it was becoming pretty bad but i’m not to sure.”

Fortnite can be fun for a lot of people if you can make it fun. This can be by adding people like your friends or you can play by yourself. Lately though Fortnite has been losing a lot of players due to the amount of bad updates they have made. For example, in Fortnite’s latest update they have taken out one of the best weapons in the game and made people rage. People have lost their minds over this update because not only did they do this, but they made a new season with the removal of the weapon.

Fortnite overall was a great game before but lately has been not so fun for players. Lots of players and streamers who play the game have ranted a lot all over Twitter and Instagram about how Fortnite is slowly dying.