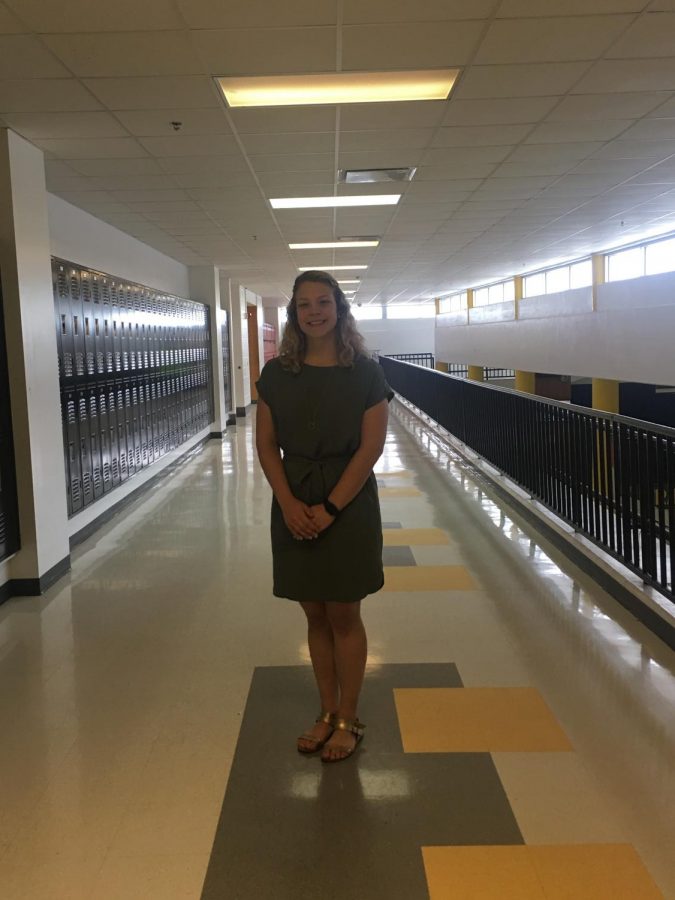 Mrs. Luna is a Spanish teacher and has always loved the language. When Mrs. Luna was a student she liked the culture and also enjoyed visiting Spanish speaking countries.

Mrs. Luna’s most memorable moment was her first year working at Dobie because Mrs. Luna met her co-workers, Mrs. Foote and Mrs. Mendoza. Mrs. Luna became very good friends with the two teachers. Although the two co-workers of Mrs. Luna don’t work at Dobie anymore, Mrs. Luna still keeps in contact with them.

Mrs. Luna enjoys teaching seventh and eighth graders. Mrs. Luna likes seeing the students develop into young adults. “I think it is critical to influence them as a teacher in a positive way,” Mrs. Luna said.

Knowing that students have a lot of potential but don’t choose to do their work is the most difficult part about being a teacher, she said. “Teaching can be a difficult job because the work doesn’t end when you leave school since you worry about the students out of school and hope they make good decisions when they’re not on campus,” Mrs. Luna said.

Mrs. Luna and her husband, Anthony have been together for seven years and they have a four year old boy, Daniel. Mrs. Luna’s husband, Anthony, serves in the Air Force so they had to move to San Antonio.

Swanton looks up to Mrs. Luna as one of her role models. Swanton thinks Mrs. Luna is very kind-hearted person and a good teacher to talk to. “I would describe Mrs. Luna as amazing! I love her so much, she’s my favorite teacher ever,” Swanton said.