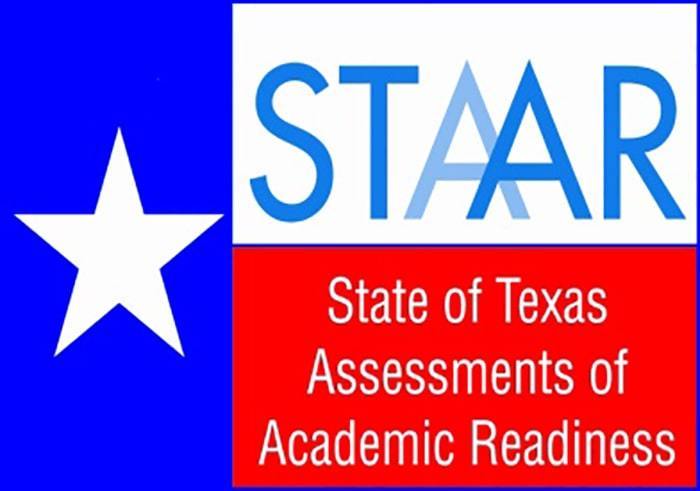 Different states have different names to call the state’s standardized test, but in Texas they call it the STAAR. The acronym STAAR stands for The State of Texas Assessments of Academic Readiness. This test measures the amount of progress that a student has made in a subject area. 7th graders are taking the writing, reading, and math STAAR test, while 8th graders take the science, social studies, math, also the reading STAAR. Many students struggle with the test either because they are stressed about it.

“I felt sleepy in the middle of the test because I was tired of using my brain,”said Rebecca Ryan, 7th grader. She took an average of 1 hour 30 minutes for all 3 of her tests. “I was stressed because I did not want to fail it then not go to 8th grade but I think I past math but skeptical about reading and writing,” said Ryan. The test were very easy for her but she has a weird feeling about how she did.

Liberty Ottman an 8th grader who moved to a new school in the middle of the year and the reading test already happened before she came. At her old school she had a state test called MAPS, you did not have to pass it to go to the next grade it was only for the state to know how you were doing.  “I wish I moved after the school year because I wouldn’t have to worry have to learn things right then,” said Ottman.

“I was nervous because I thought I was going to fail it and I did not want to get held back and take 8th grade all over,” said Ottman. Social studies was the hardest but like 30% of the questions were hard for her she has some confidants that she passed. “The science test was the easiest for me; I had very little struggle on the questions. I feel like I could have done better on both of the test,” she said.

All students finished in the required time of 4 hours. Some students  feel concerned about how they performed, but they overall felt like it was an easy test. The state test had questions the stumped students because it included some things that they forgot.