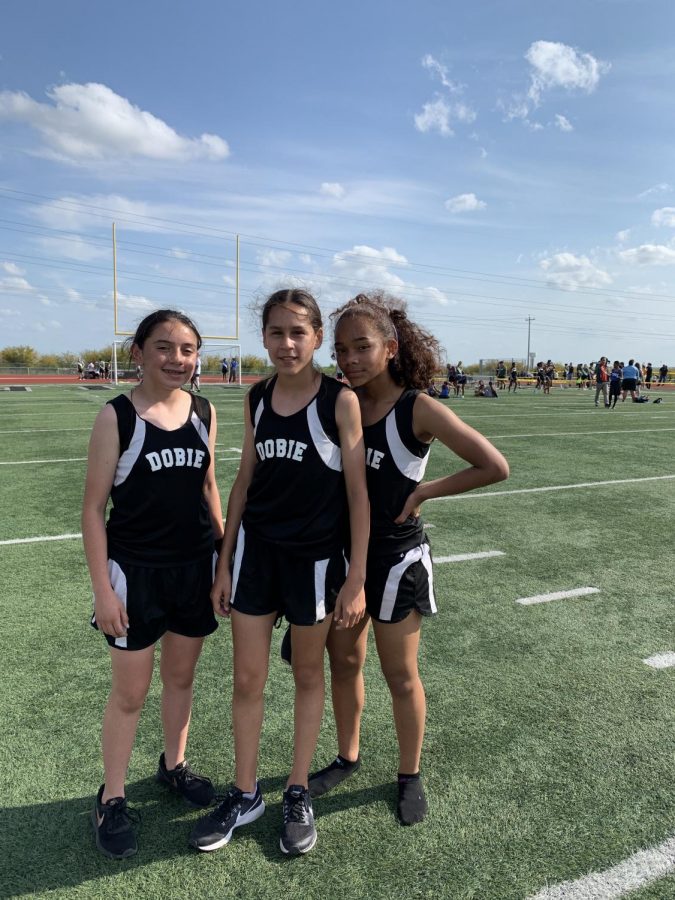 The girls worked hard all season, and it definitely paid off. The girls won every meet and showed confidence when going into districts.

The track meets were very emotional towards the end. Everyone was under the impression that they had to win every single race, but in reality, they just had to trust each other. All they needed was one or two people to place in each race, and they did exactly that.

This season’s word was trust. They had to trust their teammates and their coaches. They had to trust in themselves to do their job, and do the best they could do. Whenever a coach told them to do something, they did it. They all worked together and pulled through to win the season.

One of Dobie’s sprinters is Asia Goodwin, an 8th grader. Goodwin participated in long jump, the 4 by 1, the 4 by 2, and the 100 meter dash. She beat the 100 meter dash record and was very proud, but she really wanted to beat the 4 by 2 record with her teammates. “We were off by .15 seconds,” Goodwin said. “But we did good… I’m really proud of all of us.”

Coach Adams is a college and career readiness teacher and a coach for athletics. Adams said she was proud of the girls and how well they did. “We had a lot of growth, and a lot of achievements,” Adams said. She was very grateful to have a winning team, and really enjoyed this season. “I can’t really find any negatives, it was a good season.” Adams loved coaching our Dobie girls, and admits that our group will be hard to say goodbye to.