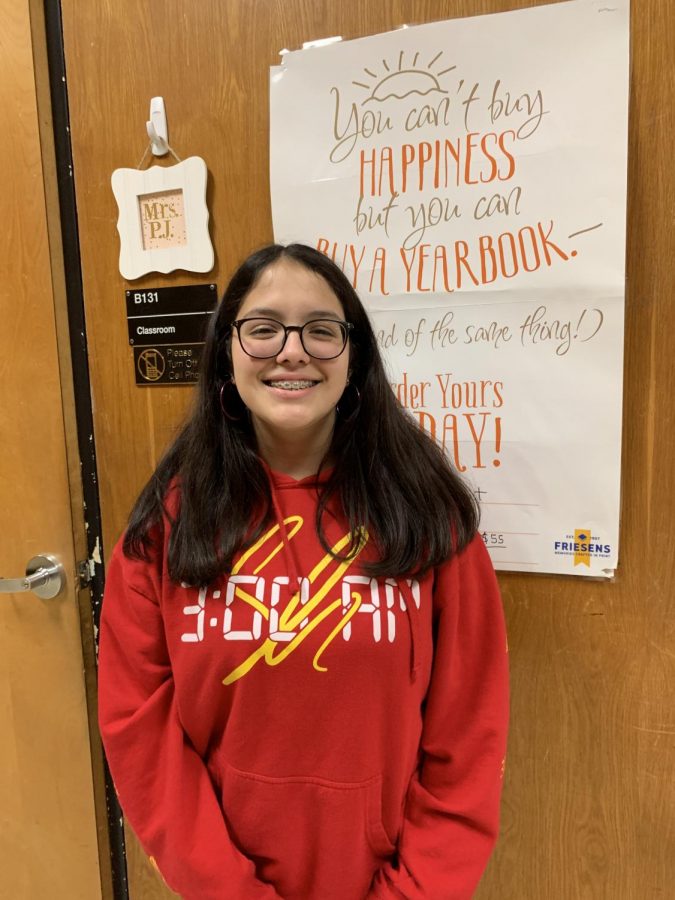 Danielle Vicencio’s best day of her life was the day when she got to hang out with her best friend, Codi. Codi had moved to California in 2017, “but even though she had moved, we were still very close.” Before the big move to California, they had lived in the same neighborhood for three years. Today, they are still best friends.

Codi’s trip to visit her sisters in Texas was planned for a few months and Codi and Vicencio made plans to get together during that visit.

It had been one or two years since they had seen each other, and Vicencio said she felt, “Really happy, like I don’t know how to explain it, but I felt really happy,” when she finally saw Codi in person again.

During the day they spent together, they had loads of fun. They did many activities, like vlogging, going to the mall, and going on a $50 shopping spree at Walmart for face masks and junk food. When they went to Walmart, they bought mud masks, gel masks, and a mask for lips.

In one funny memory, Codi actually managed to run over Vicencio with the shopping cart, and Vicencio ended up falling over. “It hurt,” Vicencio said, adding that they were both laughing.

Codi was lucky enough to sleep over with Vicencio, and they pulled an all-nighter, meaning they stayed up late, mainly because of the caffeine and Red Robin they had previously. They edited, created a Youtube channel, and made vlogs solely to cherish and remember the moments they spent together. They made a total of 3 vlogs and edited them throughout the night. The morning after, Vicencio felt, “Really, really tired and exhausted.”