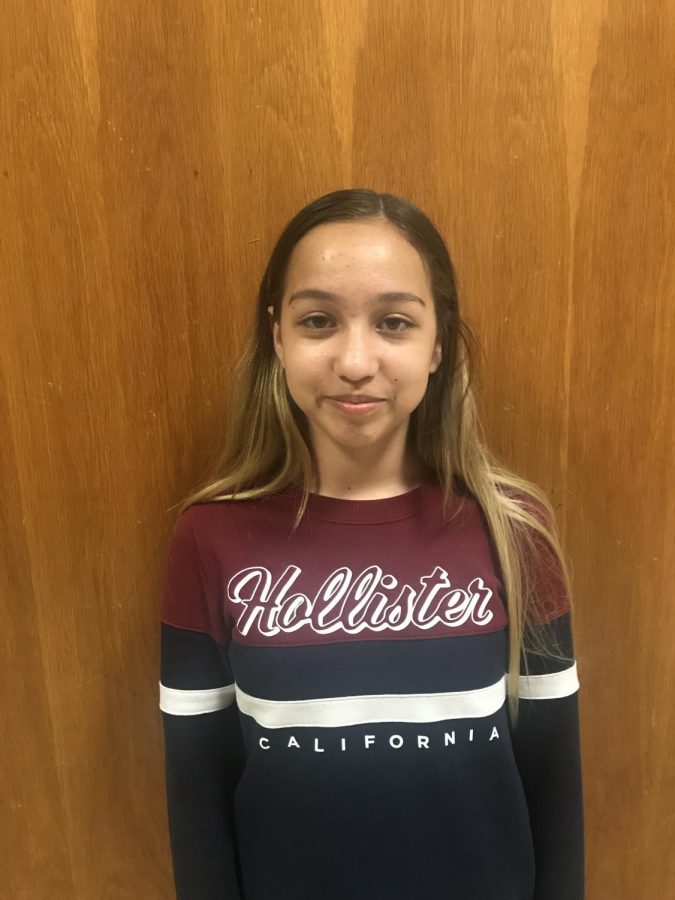 Jazlyn Garcia’s best day of her life happened on a Saturday in the summer of 2016. She said she had been watching TV the night before when her parents her with the tickets.  “I was so happy!” she said. “I felt super excited because I’ve never been there before and since I’ve always heard good things about it. I was happy because I finally got to go.”

A day at Six Flags, what sixth grader wouldn’t want something as spectacular? Before the big day began, she had buttery homemade pancakes for breakfast. When they arrived at the theme park, they explored for a while and looked around then went into some shops and got food. “I had funnel cake, and a giant soft pretzel which was so salty and yummy, I had chicken strips, cotton candy… and also ice cream,” she said.

She struggled with her fear of the bigger rides but in the end, she really enjoyed the rides.  “Even though I think I was only nine or ten at the time I was really scared of the rides but now that I’m older I think I’ll get on any ride”, she stated. Although she doesn’t remember her favorite ride’s name she says  “It was this ride that spun you around and just goes crazy, and I would get really dizzy.”

She enjoyed the theme park more because her family was there. She was with her mom, dad, and her three brothers Joshua, Jonathan, and Jeremiah Garcia. “We all got on different rides and then we all met up at one point and there was this one ride– it would squish you and we just laughed the whole time, it was so fun”.

With her experience at Six Flags, she says the best part of it all was the rides and spending time with her family. Jazlyn hasn’t been to six flags in a while but says that she will try to go back soon since she enjoyed the time she spent there. “We had season passes so we would go every weekend after that because I liked it so much the first time and even though it was really hot we would still go”.

With her first day at Six flags being Jazlyn couldn’t have been more content,  “ I felt satisfied, I was in a really good mood because I had a really good time riding all the rides and I was having such a good time”, she declared.