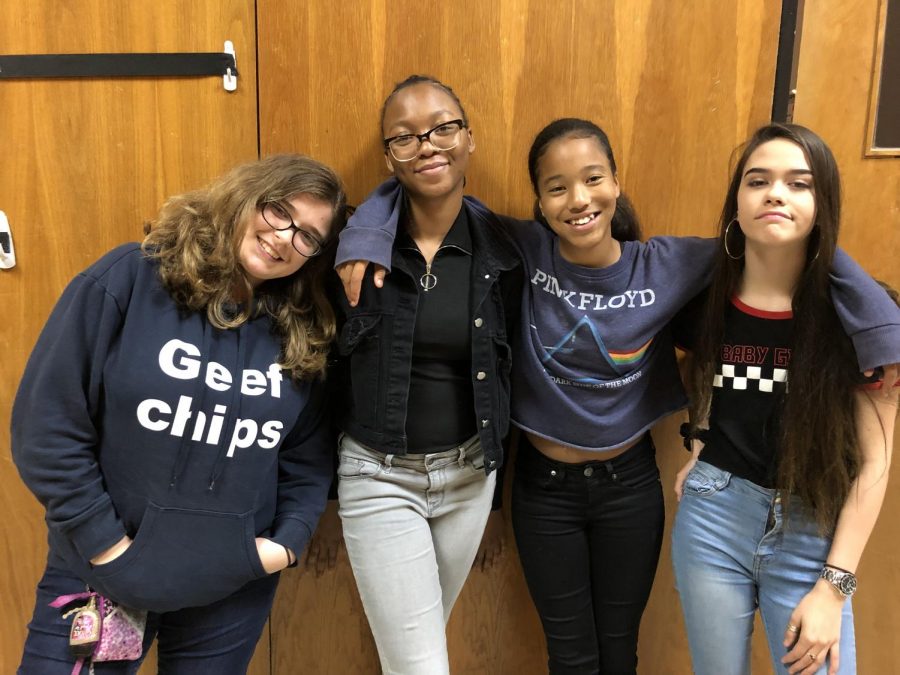 WIn a school of 1,280 students, it’s easy to get lost at J. Frank Dobie Junior High School. When you’re one of the hundreds of new students the school gets each year, it’s even harder to feel welcome as things move so fast that it’s hard to keep up. But while it is hard at first for each new student, Dobie always makes each and every one feel at home inside their walls.

At J. Frank Dobie Junior High School, 105 new students have come to the school in the 2018-2019 school year. These students come from all over the United States of America, and some even come from foreign countries.

There are many reasons that students move during the school year. Some are in military families, as the Randolph Air Force Base is less than five miles away from the school.

Dobie Junior High makes all students feel welcome, as they did with Brianna Brooks who moved to Dobie just one month ago. Brooks, grade 8, moved from Ross Middle School in El Paso, Texas and now lives in Schertz, Texas. Like many other students at Dobie, Brooks is a military brat as both of her parents serve in the military.

Brooks feels at home at J. Frank Dobie Junior high and says, “It’s very crowded, but I do like how they offer a lot of extracurriculars to make you feel welcome,” she said.

When Caleb Mouser, grade 7, came to Dobie in early October he was made to feel at home not only at school, but also in the country of America. Mexico had been home to Mouser for 10 years. Mouser feels as though “Texas is a very proud country, ” he said. “That means that I should be proud of it. Also, I was born here in Dallas, Texas.”

Upon coming to America, Mouser was shocked when he saw the curriculum at his new school. “It was all new to me,” he said. “I’ve never been the dumb kid so it caught me by surprise, but I caught on quickly.”

Another student who has been new to Dobie is Gracey Seamster, grade 8. She arrived at Dobie in late March. She moved from Portland, Oregon with her family. Seamster found that Dobie is unlike her previous school, Ockley Green Middle School. “It’s different,” Seamster said. “In Portland, the teachers are more lenient and you don’t have to do as much work.”

Because each of these students have been new to Dobie, they have advice for other kids like them. Brooks says to new students: “Relax. This school is so crowded that people won’t pay attention to you, so you don’t have to feel awkward.”

Seamster has advice similar to Brooks’ by telling students to be calm. “Just talk to people,” she said. “Everyone’s pretty nice. Just talk and don’t be nervous.”

Instead of having advice on how to act, Mouser gives tips to just be yourself. “Be yourself to the best of your ability. Don’t try to be someone you’re not,” he says. “Oh, and do your math warm ups!”