How Dobie Jr. High could improve 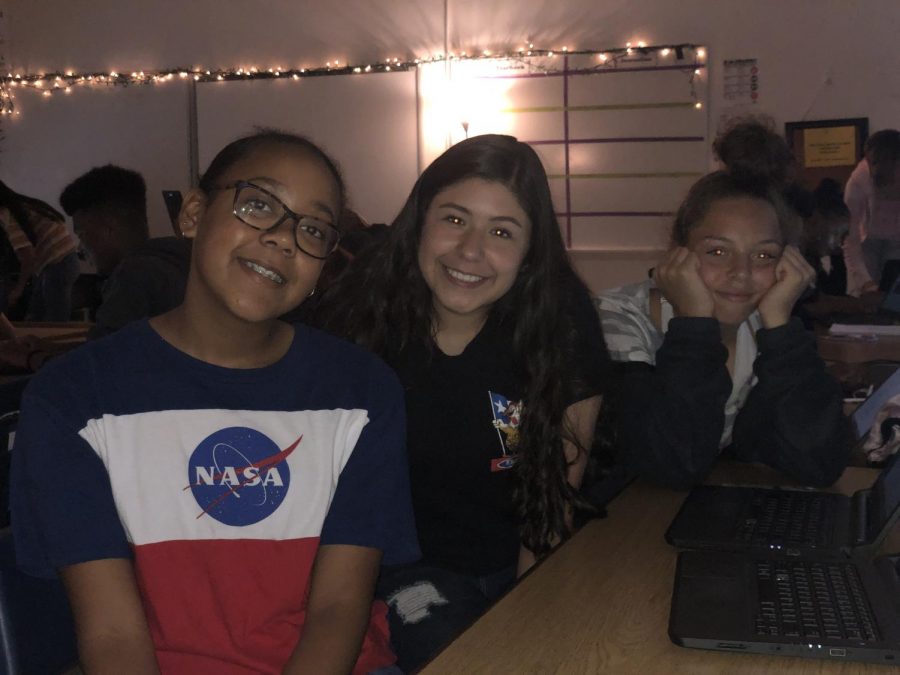 As much as students may love their school, they know it’s not perfect. Students are aware that there are some things could definitely change for the better around school, and agree that someone should fix them. Students need to know that they can participate and  be a big part in fixing them.

Students often rely on adults to fix things they believe they can not handle, but if they put in the effort, they can improve a whole school. Students were asked what they think should  be improved and then how they can fix it.

Student Lyna Gonzalez, 8th, was asked what she thinks could be improved at Dobie. “Perhaps we could take care of a few sanitary things around school, like the bugs.”

An abundance of bugs have been spotted around school in some peculiar places. A few other students have noticed as well. Gonzalez was asked how she thinks she or other Dobie students could help. “We could bring it to an administrators’ attention and maybe they’ll call an exterminator and we can pick up after ourselves and others if we see something that needs to be picked up,” she said.

Others have different opinions on what could be fixed. Marquise Hamilton thinks that the school can improve with a few rule changes. “ I think that we should be able to use our phones more often to be able to do school work more efficiently,” he said.

When asked what he as a student thinks he could do about it, Hamilton replied, “I think that I could talk to teachers or maybe the principals about allowing it.” The phone rule is something most students have an opinion on. Students feel like phones should be allowed. Some teachers allow them and some teachers do not. “I feel like all of the teachers should come to a unanimous decision about the phone rule,” said Madelena Gully.

Finally, students agree that behavior and respect could improve the school.  Everyone has beliefs and opinions about something. Not everyone gets along. Not everyone is the same, but to co exist while at  school students, teachers, and administration needs to have self control and respect for each other. “If every student and every teacher had respect for one another and could handle their behavior and beliefs professionally, Dobie would be a much better environment.”