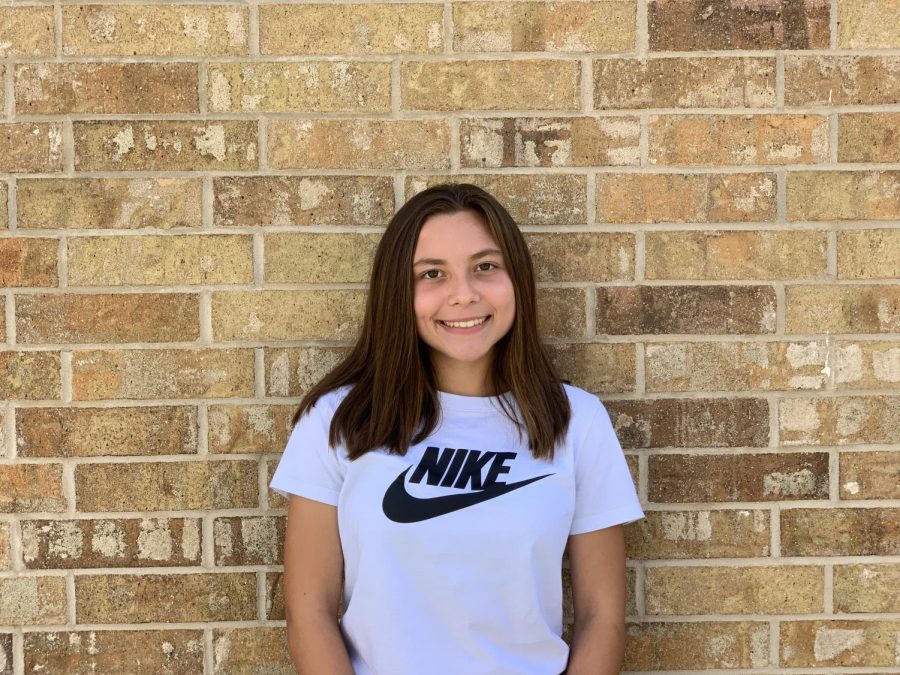 Hello, my name is Chloe Mashburn. I am an 8th grader at Dobie Jr. High School. I just moved here to Cibolo at the beginning of August, so not that many people really know me, but that’s okay.

My summer this year was really good, well for the most part. The reason I say that is because I was grounded for the first half of the summer. While being grounded I did pretty much nothing but be lazy, but thankfully that part of the summer seemed to go by fast. I just sat around watching TV, I slept in late, I ate a bunch of snacks. I drove around with my parents, looking at houses, until we finally found the house that I am now living in. Then once we found a house, we had to begin packing up our house and that was kind of really chaotic. And by the time we started cleaning our house and packing things up in boxes, I was un-grounded. Yay! Oh and if you’re wondering why I was grounded, then I’m sorry because you’re going to be left with an unanswered question….

The second part of my summer was eventful. My parents, my brother, and I finished up with packing up all of our stuff. But, I also had to pack for a camp that I was going to for my church, well my now old church. Mmm, it was kind of sad because my last day at my old house was the day I left for my camp, since the week the camp was on just happened to be on the same week we had to be out of my old house. I remember the last moments I had in my old house…. I was crying, taking my last walk through the house. I went in my room for the last time and quoted some things from Goodnight Moon and made up a couple of things to start with goodnight…. I said to my bedroom light, “goodnight light.” I said to the stars that had been on my ceiling since I was a baby, “goodnight stars.” I said to my window, “goodnight window.” And to my whole room I said “goodnight room.” As we drove away from our old house, I said looking back at the house, and having a single teardrop roll down my cheek, “goodnight house.” Of course saying all that made it worse for myself, but it was my own little way of saying goodbye.

The camp that I went to was very, very fun and memorable. It was only five days long, but still, it was very fun! I got even closer with some of my really good friends from my old church, and I made new friends and built really good relationships with those people. Ha, I cried a lot that week, but it was worth it. I got close to God again and let go of a bunch of stuff and, whew! That was kind of hard but it was something I had really been needing to do. One night there was an 80’s party in the auditorium. That night was really good. My friends and I danced and had just acted silly. Then there was worship, like there was every night, which was great. There was so many things that I loved about that camp and I would fill up this whole page in explaining, but that’s not what I’m doing. The last night at camp, there was a block party. There were games and food and at the end of it, there were fireworks. Corn was one of the things for food and I don’t know what they did with that corn, but it was just so delicious! That night was unforgettable, and so was the whole entire week at that camp.

Once the camp was over, it had already been time to be in the new house. My parents had been there for a couple of days, but of course my brother and I had the camp so we didn’t get to be living in the new house until a couple days later. My cousins had come to help my parents move stuff in the house, so I had gotten to see them and I was very excited about that because it had been a while since I last saw them. We finished moving everything in and we got everything that was new put together. Then, the rest of my summer, I pretty much just relaxed, and spent time with family and friends and settled into my new house.

Overall, my summer was good and I hope for more good summers to come. I really enjoyed my summer, except for when I was grounded, haha. And that was pretty much it. Adios!