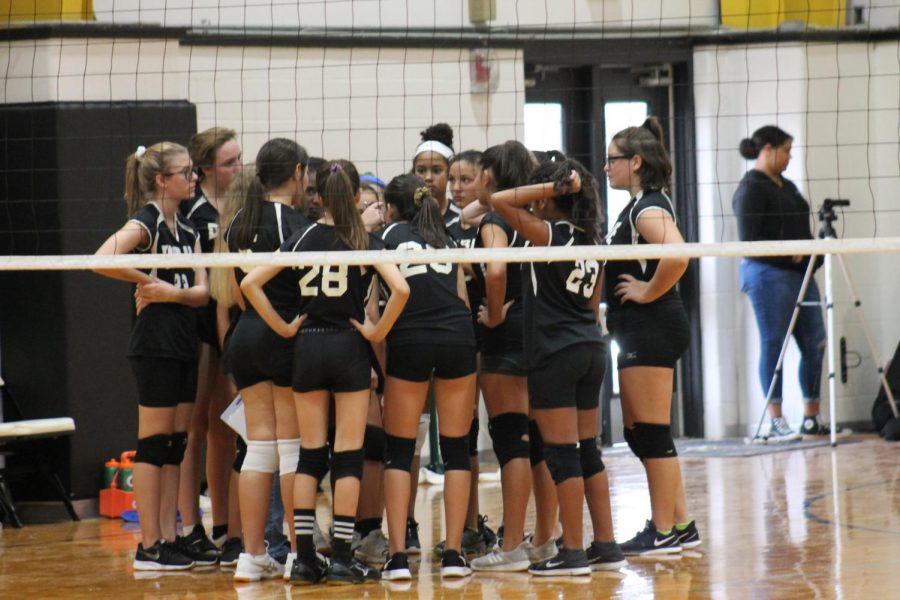 For as long as anyone can remember, there has been an A and B-team for seventh grade and eighth grade volleyball, but this year for the first time ever, there is a third C-team.  There has been a C-team for basketball and football, in the past as well, but never for volleyball. The volleyball C-team is comprised of both 7th and 8th graders. Why exactly does Dobie have a new C-team?

Coaches say there were a lot of athletes at tryouts this year, and they wanted to give students an opportunity to play and learn.  Coach Pickens is the 7th grade B-team coach at Dobie. “There were 200 7th and 8th grade girls [who tried out for the team],” said Pickens.

According to the Dobie Jr High website, tryouts were on August 21-23. The C-team is an opportunity for athletes to learn the game. Coach Herron is the C-team coach at Dobie. “We had a great turnout of athletes at tryouts, therefore we have a C-team,” said Herron.

Alessandra Ramos is a 7th grade member of the C-team who is focusing on her growth. “It’s definitely a learning opportunity because I’m not a pro at volleyball, so it’s definitely teaching me a lot,” said Ramos.

Abigail Easton is an 8th grade C-team player who has identified a skill that she can improve on. “I feel like I’m getting better at controlling my serves and fronting the ball,” said Easton.

Coach Pickens said that their strengths are how good of teammates they all are. All the girls on the team have their own strengths. “They are getting better at passing and serving. That’s why they are on C-team,” said Pickens.

A, B and C-team all practice at the same time, but they play on different days.  A and B-team practices separately than C-team. The C- team plays their games mostly on Mondays and some Tuesdays. And A and B-teams play on Thursdays.

Nora Creel is an 8th grader at Dobie who is on the C-team. “I think the school should get the A, B and C-teams to be together so they’re not as toxic,” said Creel.