What Dobie students think about The Area 51 Raid

By: Daphne Wiederstein and Rachel Reyman 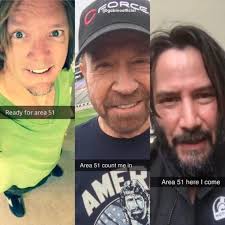 It started as a meme, but evolved into so much more. A petition over three million people signed as of on the social media Facebook, basically saying they’d storm Area 51. This petition was made by Matty Roberts originally as a joke, but became widespread throughout the media.

The raid wasn’t an actual “raid”, it was more so a peaceful protest. Around 100 people actually showed up and dressed up as aliens and astronauts, only one person (Riley Reid)  tried to go through the gates but got a warning.

Matty Roberts canceled the raid after claiming he was only joking and had received a warning from the Air force that the raid was a bad idea. Still, 150+ people showed up with signs, saying to release the aliens. Including, reporters from different news programs.

Area 51, located in Nevada, is a military base that many believe hold aliens and advanced technology. The closest town to the base is Rachel, Nevada.

One Dobie student said they would go to the raid, two would go to mainly see tourist attractions in Nevada, and one wouldn’t go, out of fear of getting shot.

Many people went to the raid for the meme, and all the media and celebrities boosted the h 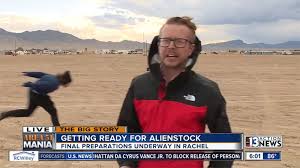 So what do Dobie students think? About three students said they weren’t affected whilst one student uttered, “it kinda affected me because it was talked about a lot.”

Many students are familiar with the Area 51 Raid meme including Nianna Shaffer, an 8th grader at Dobie said, “Yeah (I expected the meme to last this long), especially since a lot of people posted about it and stuff,”.

Austin Fonner, an 8th grader at Dobie dressed up that day, said “(I dressed up) because it’s my favourite anime  (Naruto) and I got to dress up as my favourite character (Akatsuki Clan).”