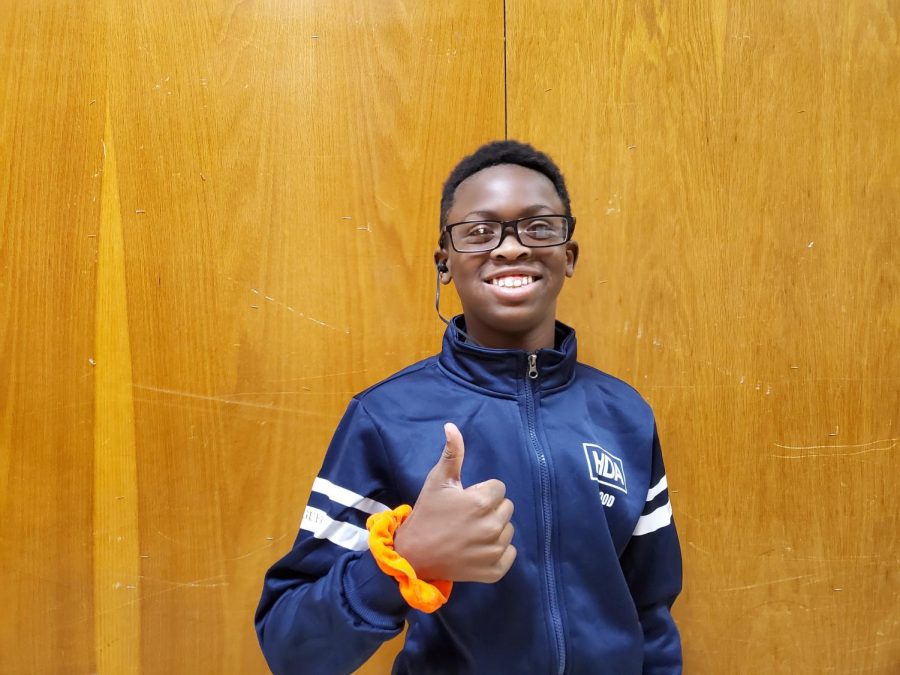 Many students look forward to wearing their Halloween costumes and enjoying Halloween traditions all year long. But for Dobie students, it’s school days as usual. The days start and end at the same time as all school days. However, many say they would prefer that the SCUCISD district school calendar is changed to give them more time to enjoy the holiday.

Hailey Gorzell, 7th grader, said she would be in favor of getting some time off around Halloween.  “I think we should either have an early release or be off the following day because most of us stay up really late on Halloween night and we are really tired the next day,” she said. “Also, trying to do all of my homework before going out for Halloween is very stressful.”

Logan LeBlanc, an 8th grade student, said having a day off would give students more time to get things done. “If we had a day off, I would have enough time to finish homework and spend time with friends and family,” he said.

As excited students would be at the idea of getting a holiday for Halloween, at least one teacher said she understood why it wasn’t a holiday. “Halloween doesn’t have to be celebrated at school as it isn’t a religious holiday,” said Mrs. Harper, 8th grade art teacher at Dobie.

Most parents might also argue that Halloween doesn’t fall as a religious holiday, but Halloween is and has been classified as a religious holiday for the Roman Catholic Church. The holiday is “All Hallows Day” (or “All Saints Day’’) and falls on November first. However, today we have  the modern renditions of dancing skeletons and black cats and witches riding broomsticks, all the while many youngsters wear their favorite costumes while trick-or-treating for candy.

“The day before All Hallows Day was called “All Hallows Eve” and – over time – became condensed into “Halloween.” All Hallows Eve (Halloween) was celebrated in Catholic tradition by baking “soul cakes” for the dead in purgatory and going door to door collecting those soul cakes in exchange for praying for the dead, the precursor of trick-or-treating.”  says Pastor Jordan Hall.

Though schools all around America have kept with the simple “Fall Celebration,” instead of celebrating Halloween with costumes and candy, students and many of the teachers at Dobie J.H, think it’s about time for a change. Happy Halloween everyone!