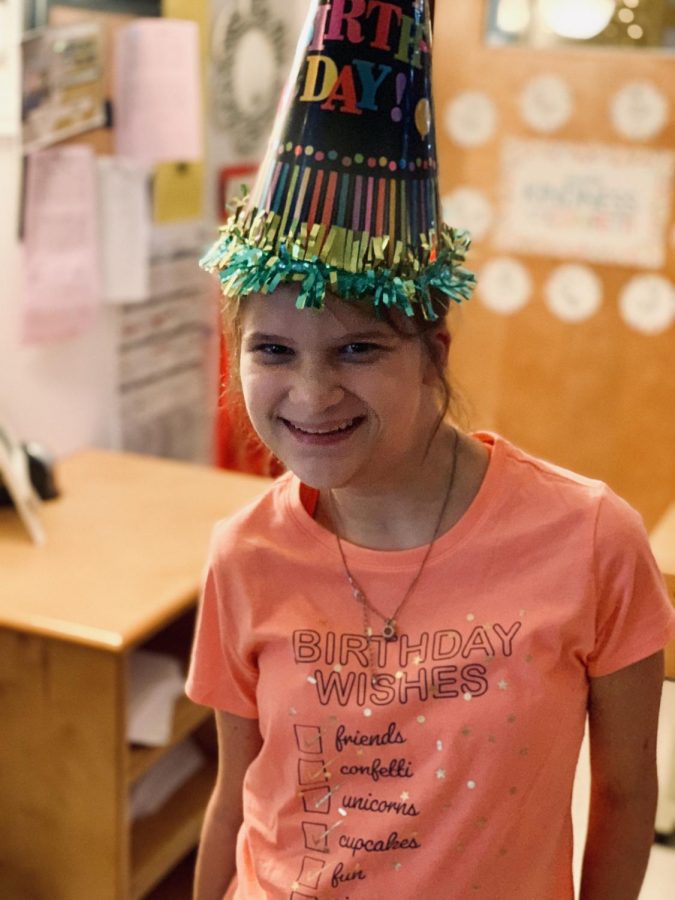 Birthdays are special. Some students wear birthday hats or buttons. They want everybody to know that it is their special day.

My birthday was in September. So for my birthday, me and my friends came to my party. Only 3 people came over to my house. We ate cake, we sang, and we drew.

We also ate ice cream, and I opened my gifts. We also ate Chinese food. We hit the pinata with a bat and it dropped candy.

Hazel Mack, 8th grader, said her birthday was on August 7. She says it was not really special. “I had to worry about school so we just go out to eat, that’s really all we do.”

She said she celebrated after school with her parents. “My parents took me to my favorite Chinese place,” she said

Adayis Bryant, 7th grader, said his birthday was on august 22. He says it was very special because I got money and rest on the day” he said he didn’t have chores he spending money. I got a Roomba I’ve been waiting for a Roomba,” he said.

Aidan , 8th grader said his birthday is in November.  He says his birthday was special because “It tells me that I’m getting older.” He said he went to mall to go shopping and went to Austin to so to Olive Garden.

According to travelism.net, this is how other people around the world celebrate their birthday: