The difference between seventh and eighth grade 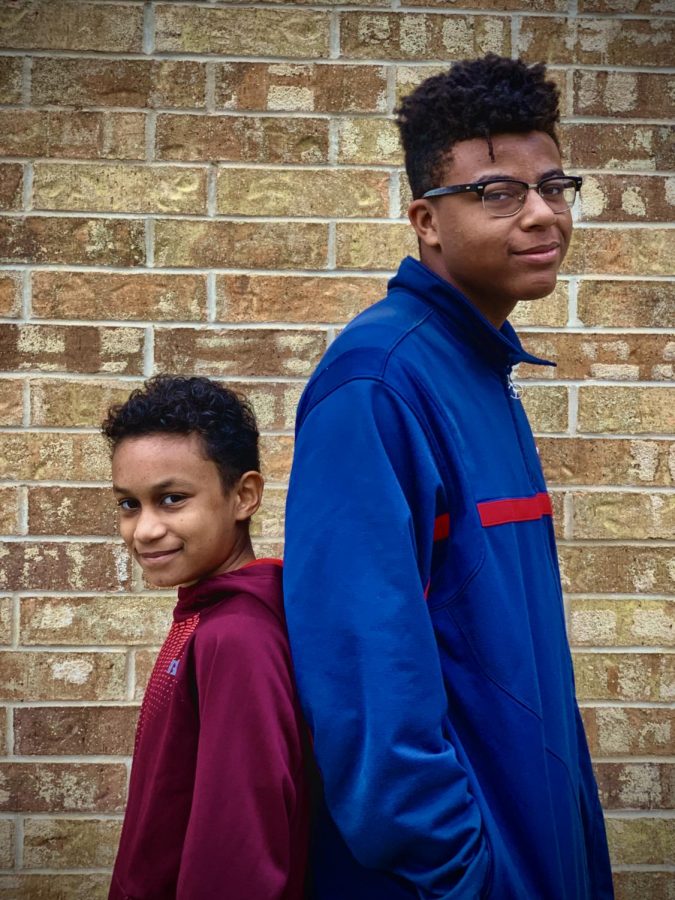 It is a fact known among the public that the difference between 7th and 8th graders is a major one. According to Scholastic Magazine, “These changes coincide with the transition to middle school, which demarcates the shift to adolescence as we think of it.” Experts and society know this fact to be a true one, but what are the major differences, and what do the students think?

Coming into the school the kids had different ideas of what was to come. Whether it be that Dobie would be confusing or Dobie was going to be horrible, preconceived ideas and opinions were made.

The seventh graders were especially confounded come the first day, Emilia Serrano (7th) said, “Not really because I heard there were more fights.” Emma Ybanez, another 7th grader, said, “No, I was expecting the teachers to be a little harsher, and the classes to be hard. They’re not that hard.”

Daphne Wiederstein, an 8th grader at Dobie, said the biggest difference between the two grade levels is experience level.  “Seventh graders are more stressed and haven’t found their place in the mess of Dobie,” she said.

This was a common theme between the levels. It makes sense considering 7th graders are new to the school and can be a colossal transition from the intermediate schools to junior high.

Wiederstein, when asked about her first week said, “The start to 8th grade was really great, I like a lot of my classes and it’s a lot better than 7th because I feel like I have more freedom and more classes with my friends.” Whereas Emma Ybanez, a 7th grader, revealed, “It was terrible because I didn’t know where anything was at.”

There is a clear distinction between the two levels. The seventh graders were going into a new school, blind and scared. The eighth-graders, however, seemed more confident and relaxed about the new year.

Joseph Morrison, a 7th grader, said confidence is gained with experience.  “Seventh graders are more scared. 8th graders know what to do already and are confident in it [how to behave at Dobie],” he said.

No one expected the students to be too similar, but the one year age gap became the line between maturity and immaturity, enjoying school and despising school, among many other varying traits. 12 and 13 year olds may seem like they have a lifetime between them, but it’s only a year. One year. Don’t let life get ahead of you, because that one year truly is a lot.

Social Development in Pre-Teens: What You Need to Know