Dobie 8th grade A and B-team vs. Kirby game 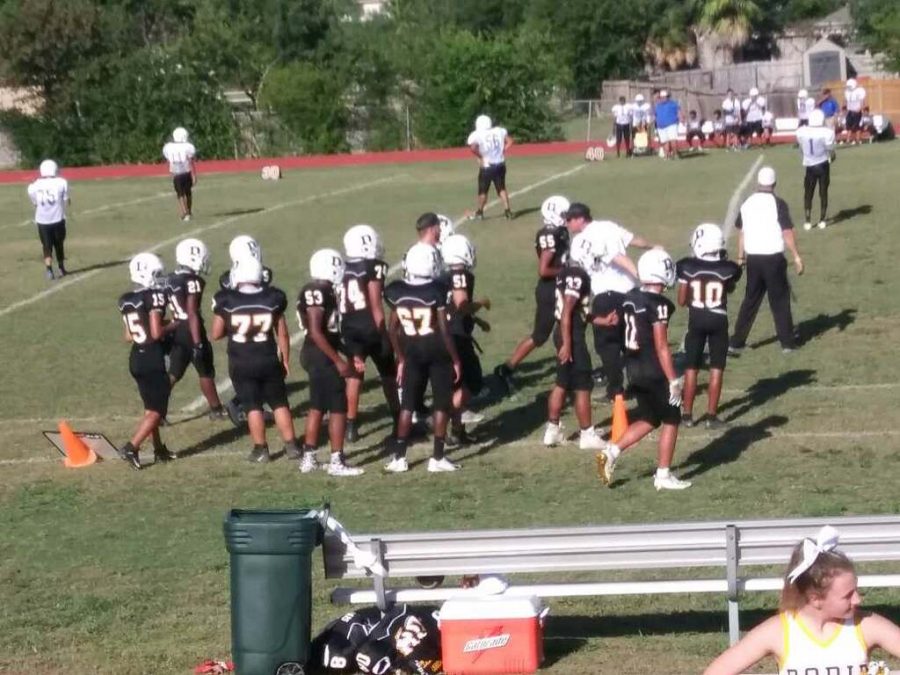 Most people living in the Schertz-Cibolo area have heard about the Dobie v.s. Kirby game — one of the biggest games of the season!  If you have, you may be wondering who won. Are you ready for this? Well I hope you are, because according to Kirby’s facebook, Dobie won. Who would have expected that? Dobie’s  A-team won 44 to 6 and B-team won 6 to 0.

The game was on Wednesday, September 25. It was Kirby v.s. Dobie 8th A/B, starting at 4:30 and ending at 6, as stated on the SCUC website. Most of the Dobie students and parents who attended the football game said that they  enjoyed the game overall because they like watching and supporting their fellow peers and supporting theirs kids and fellow teammates.

Azorian Sterling who also goes by Zozo, is on the A- team. Sterling is confident.  “[All of the other teams] are all bad; Our team is way better.”

Riley Thompson, is on B-team. Riley Thompson said {that}  “the team mostly play video games out of school” and “We usually talk on snapchat basically everyday to connect.”

Hayden Harper, a B-team player. Harper felt many ways about the game and possible plays. Harper said, “I think this game will be more air raid instead of ground and pound.” Harper also said, “The plays are mostly the same thing over and over {again}”

Solomon Wisemen, a B-team player, said he feels very confident about the team this year. “It’s better than last year. I like the team a lot more this year,” Wisemen said.

Coach Currie also had something similar to say like Solomon Wisemen. Coach Currie said,  “[I] felt great about the team this year. We are growing at a much faster rate than I thought we would.”