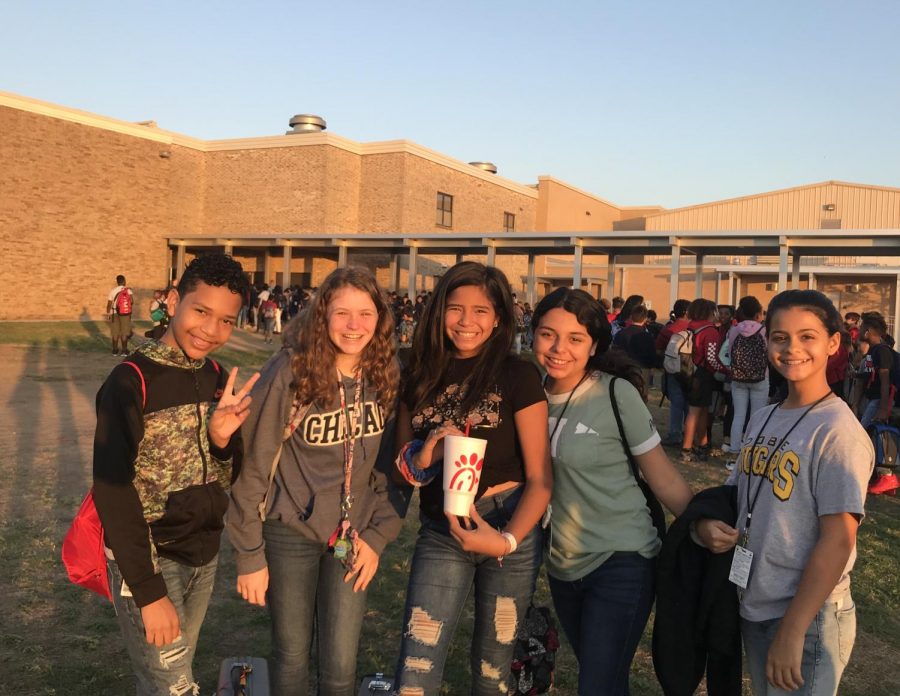 Chick-fil-a’s popularity is rising everywhere and Dobie is no different! Chick-fil-a is rising from #7 to #3 in the top 40 best food chains in America but Bush’s chicken is also as good, according to Chick-fil-A is now the 3rd-largest restaurant chain in America, and McDonald’s and Starbucks should be terrified.

Students at Dobie say Chick-fil-a is better than Bush’s. In fact, many say that Chick-fil-a is among the best fast food restaurants. “Chick-fil-a, because it has better chicken and you don’t have to peel the chicken,” Shawn Todaro, 7th grader said.

Some of the most popular menu items at Chick-fil-a are: Waffle fries, Lemonade, Obviously their Chicken Sandwich and their vanilla ice cream that makes a hot summer day just melt away

Chick-fil-a is closed on Sundays because of what the original owner wanted because of religious purposes. S. Truett Cathy thought people should attend church and not skip it for his delicious food.

Some people agree “No because people should worship God,” said Jacob Martinez 7th. Some people disagree with the fact that Chick-fil-a is closed on Sundays “Heck ya! Because its like Sunday and you want Chick-fil-a on Sundays,” said Bella Malone, a 7th grader.

Chick-fil-a is huge on giving back for local events, scholarships discounts for employees and they even donate leftover food that’s still fresh to people who can’t afford. Chick-fil-a helps the community a lot and likes to make people feel good about themselves. The employees learned sign language to help customers who are deaf, they even thru a Woof-fle Fries and Nuggets: The Dogs of Chick-fil-A party. Chick-fil-a also threw a party for a customer that was turning 100 years old.

Chick-fil-a  gets their fresh food from 1600 different farms from Georgia, Florida, and Alabama to have fresh food everyday, and everyone can taste the difference. All the chicken is made and fried in the Chick-fil-a kitchen everyday. “Chick-fil-a has the best food,” said Quinton Daniels 7th grader.

It takes 1,000 farmers, 60,000 lemon trees and 30,000 farm workers to help grow the lemons for our lemonade according to this article Step Into Our Kitchen. “The chicken and fruit tastes really fresh like it came straight from the farm,” said Addison Deleon, a 7th grader.