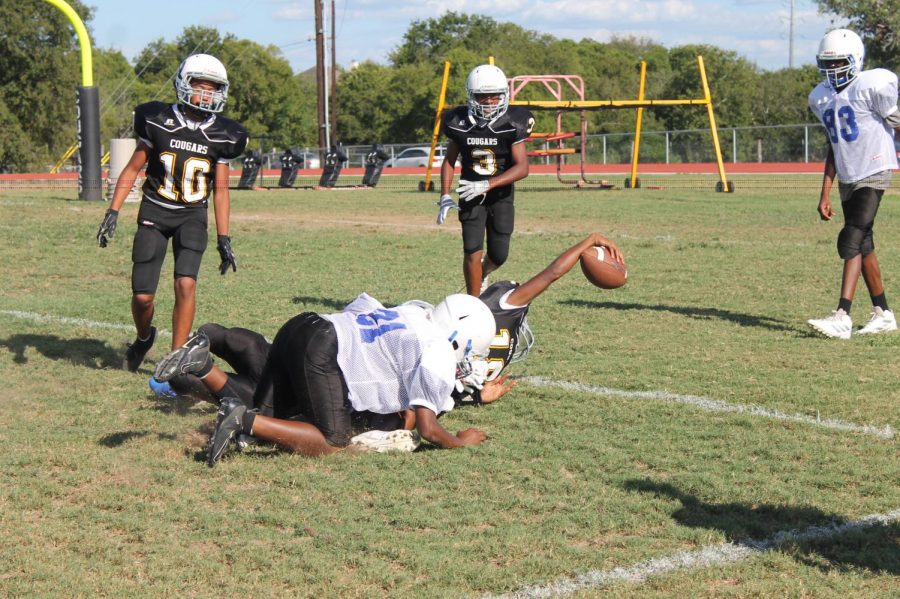 The Dobie 8th grade season has had a good start with a season record for A-Team at 3-2; B-Team at 4-1 against Metzeger, Judson, Kirby,Legacy, and Kitty Hawk.

Dobie’s next game on October 23 is against Wood Lake. Coach James Harper stated that players on the team are still learning the fundamentals and that they work to improve at every practice and game. There are three more games to go for the season.

The 8th grade Dobie football coaches, according to the SCUC Dobie website, are: Coach James Lanoue (Head) , Coach Justin Domingiuez (C-TEAM), Coach Jermey Currie, And Coach James Harper. Together they coach the 8th grade A, B and C teams of Dobie.

On October 16th, Dobie 8th grade A and B team played a non-district game against kitty Hawk, the A team had excellent performance and beat Kitty Hawk 48-0. The B team played with a lot of execution and intensity, but unfortunately tied with a score of 6-6.

Last year, Dobie’s 7th and 8th grade A&B team won district with an undefeated record of 8-0 for all teams.

According to the UIL schedule,  Dobie 8th Grade’s football games are on Wednesdays while 7th and 8th grade games alternate from home and away every game.

To get into a Dobie Home 8th grade football game there will be a fee of three dollars for adults and two dollars for dobie students who attend. Any young child of the age of five or under will be allowed to get in free.