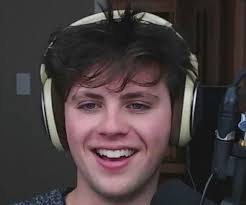 The Pals are a group a of Kid-Friendly Youtubers who make videos of them playing Minecraft, Roblox, Happy wheels and other challenges and Try-Not-To videos. Many Dobie students are fans of the Pals, which are are made up of: Denisdaily(Denis), CorlHorl(Braden), SketchYT(Elijah).

“I want corl to be a Pal still his videos were amazing,” said Wyatt Penzien, a 7th grader.

The Pals have many fans and Denisdaily, in ROBLOX, even has the third highest number of followers right after ROBLOX and Builderman.

Corlhorl was a 21-Year-old Youtuber who was both popular in the Pals and on his own channel and had many subscribers and fans. At the start of 2019 Corlhorl got into an argument with one of his fans.

It was his fault as when they complimented him and said, “CORL I LOVE YOU I’M A HUGE FAN!” His reply was,  “Cringe :/”. Soon enough, others got involved and his insults got worse and when finally, it was over the Pals told him to apologize and when he refused they decided as a group to remove him from the Pals.

“Due to recent regarding statements from Corl,we have decided as a group to remove him from the Pals.We will cherish the memories and time he has spent with us over the last couple years. We will provide further info on the future of Pals soon,” said Denis Kopotun.

“I have no idea why Corl would say anything like that, the Pals were right to remove him,” said Ethan Prevatte, a 7th grader.

Though no one knows exactly why Corl may have had this little fit,we do know it was completely unnecessary to humiliate and put down a fan like that

Though Corl may have messed up, Jesus says, “We must forgive each other seventy times seven times.”

18:22 which would equal 490 times of forgiveness-but it is also the symbol of an infinite number of times. Even with that being true we should forgive him but if we just let him back he would think it right and do it again.Corl has been removed and it’s no one’s fault but his.

Tiffstuff was a Pals fan who paid over $100 to have the Pals written on her senior school jersey.

“You probably didn’t see the Tweet but I spent over $100 on my senior school jersey to have the pals written on the back of it, honestly I’m shaking my head,” said Tiff.

Tiffsstuff seemingly tried to defend herself against Corls repeated insults and unnecessary comments but soon some of corls fans joined in and attacked her too,leading her to say that she was on suicide watch by her counselor after saying she should just die and get it over with.

Corls fans were telling tiff she should go die somewhere, alone-Corl and his fans need to be quiet about it-and at least be in the least way nice. Jayingee ,the youtuber,was one of the people who helped Tiff after this unwanted drama.

Corl had been posting pictures of him with his hair grown out and he was posing with a shotgun,But,his finger wasn’t on the trigger so at least he knows a little about gun safety. Corl has been scaring his few till fans with these photos leading them to make videos titled “CORL HAS A …Shotgun?…”and”Corl is creeping me out right now :O.”

Eli Lofton, a 7th grader, said he saw pictures online. “AH I would stay far away from him! I need my red rider!” he said.

Subzero explained he was probably just upset about the whole Cyclone thing and maybe he was but so far that’s the only explanation so therefore the best one.

Corl has stated he wishes to return but has not returned yet-Whether the pals refuse, or he hasn’t asked them, he isn’t a Pal at the moment, leaving us to wait for what he does next.