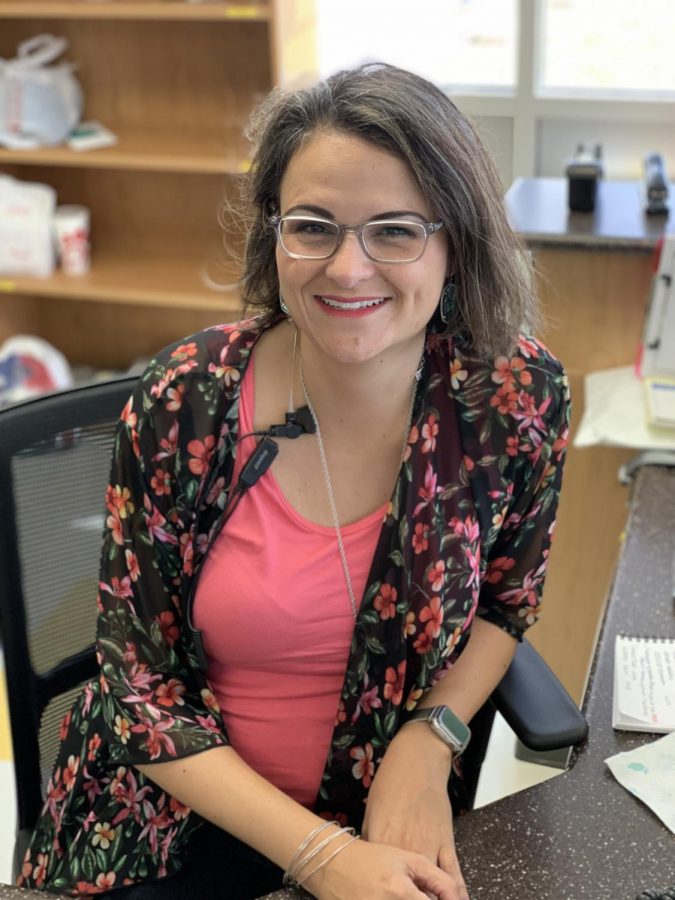 “Good Morning, Dobie Jr High. How may I help you?” Mrs. Tracey Koast, Dobie’s new receptionist, says when she picks up the ringing phone. She says it in a very polite, calm voice. She’s prepared to help any parent that needs her assistance. As soon as parents, staff and others walk in, they go straight to her for help.

It’s not easy being the receptionist at Dobie Jr. High School, but it’s one of the most important jobs. Mrs. Koast works very hard. She does many things at one time: she takes calls, she talks to parents, she types, she writes and does so much more. She also deals with busy and challenging situations. And you know what? She does it with a smile!

Mrs Ruhd, Dobie counselor, said Mrs. Koast is a great addition to Dobie.  “I love Mrs. Koast. she is our first soldier in line,” she said. “She is fantastic! She’s good at her job and she is willing to ask questions if she needs help.”

Mrs. Loomis, Dobie librarian, also said that Mrs. Koast is doing a great job. “She is doing very well; she is very organized and handling that job very well.”

Mrs. Koast has an interesting background. She grew up in Danville, New Jersey. She went to college in Washington D.C. and stayed in the area for a few years. When Mrs. Koast was in college, she studied public communication because she wanted to be a sports broadcaster for the NFL.

She has been married for 13 years and has two kids who are now 8 and 11 years old. She said she moved back to New Jersey where she met her husband, Scott Koast, who served in the military. They moved to Hawaii in 2009 where she lived for 3 years before moving to New York from 2012-2015. Finally after spending 14 years as a military spouse, she moved to Texas after her husband retired.

She said that working at Dobie was not her original game plan. She originally wanted to go back to her chosen field of communications because she had been out of work for a while and technology has also evolved. Nobody would hire her because she had been out of the industry for so long, so she had to start over. Further narrowing her job prospects, she wanted an occupation that would have the same schedule as her kids. She said, “It’s cheap to not to find child care,” she said, adding that if she worked at Chick Fil A, she would not have the same schedule. Working for the school system was an obvious choice.

Facing challenges with a smile 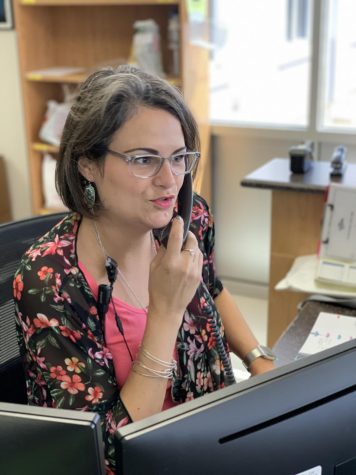 Mrs. Koast explained that one of the biggest challenges of her job was learning how to multitask.  “It’s always busy. It can be mentally challenged. On the plus side, the day goes by faster,” she said.

Always ready with a sense of humor, she  made a joke about saying one of her most common challenges were smelling all the food that parents bring. On the plus side, Mrs. Koast likes seeing all the students and parents. She has to be very good at multitasking. She said, “I had to learn to pick everything at once.”

When people call in they think she knows everything but, she actually does not. She works hard to figure things out, though and she remains grateful. “Having a job for one is a blessing not everyone gets to be secured for sure,” she said.

She said it is important to smile, “Very important,”she said. “It’s important to put a smile on your face and try to do your job to the best of your abilities and try to handle the situation courteously.”