Why is Harry Potter such a big part of Dobie students’ lives? 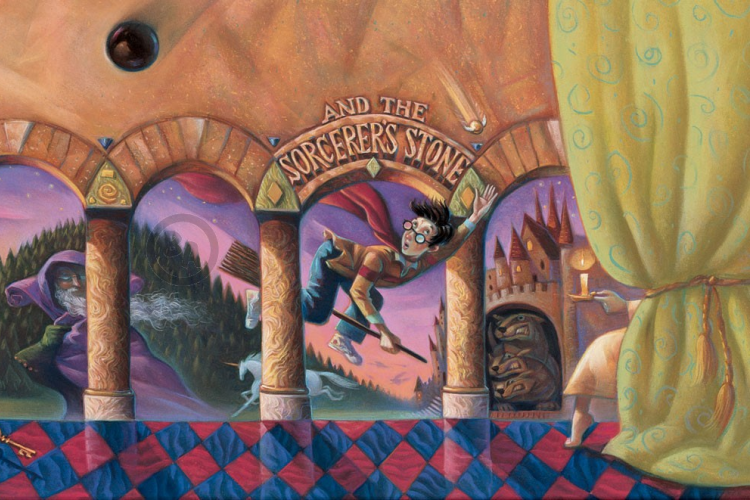 In 1997, Harry Potter and the Sorcerer’s Stone came out, and ever since then, the Harry Potter series has been a favorite book series for many kids and adults.

Some students seem to be obsessed with the series and its characters. They dress in merchandise from the franchise, sporting socks, shirts, hats, bags, and sometimes spending upwards to $125.00 on a full robe set matching their Hogwarts house and upwards of $56.00 on a wand at Ollivander’s wand shop in the wizarding world of Harry Potter at Universal Studios.

“Even when I’m wearing Gryffindor merch, someone will come up to me and ask ‘are you a Ravenclaw?’ and I’m like no you blind fool, I’m a Gryffindor, its fun to tell people to use their eyes,” said Tara Johnson, an eighth grader at Dobie.

But why is Harry Potter such a big part of Dobie students’ lives? It all depends on the kid.

“Just the fantasy aspect, it’s not something society approves of. When I see Harry Potter I feel accepted,” said Johnson. Some discovered the fantasy genre through the Harry Potter series. “Because I read it at such a young age, it introduced me to fantasy novels,” said Lee Akers an eighth grader.

Some question what age is best to read and/or watch the Harry Potter series. According to a  Barnes and Noble website article called “When is your child really ready for Harry Potter”: “There is no “right age.”

Some students say that they got interested when they were old enough to comprehend it. “When I was six, my aunt put on “Harry Potter and the Deathly Hallows”, which was a bad idea,” said Akers. “Harry Potter and the Deathly Hallows, is pretty much a young adult book, It is not easy reading.” according to a  Book Riot website article called “why I’ll have my kids wait to read Harry Potter”  Which he agreed with. “Because of A. there two deaths, and B. because I was obsessed with the series,” Akers said. It’s really not something you want to show a six-year-old.

A few years later when Akers started reading the books, he could enjoy them without being horrified. His answer about reading the series was, “Oh yeah, obsessively and repeatedly,” Akers said.

Johnson said that she first encountered the franchise when she was nine at Universal Studios. “I went to Universal Studios when I was nine. I didn’t know what it was but hey, dragons,” she said.

Though both Johnson and Akers had different opinions on if the books or movies were better. “Movies, I have an issue with being able to picture the characters,” said Johnson.

But what is better? The movie or the book? Akers said that he prefers the books. “The books have a lot more character and depth,” he said. The Los Angeles Times wrote an article titled: “Why books are better than movies.  “Books can let you imagine the setting or events happening in the story,” the article read. “They are also more detailed than movies because movies sometimes leave out some important details.”

Harry Potter is a safe place for some, while it introduces some to fantasy writers. Johnson and Aker both found happiness in the book series and hopefully this article convinced others to read the series. Either way, Harry Potter will remain apart of these students’ childhood memories.