Some students stick with band, some don’t 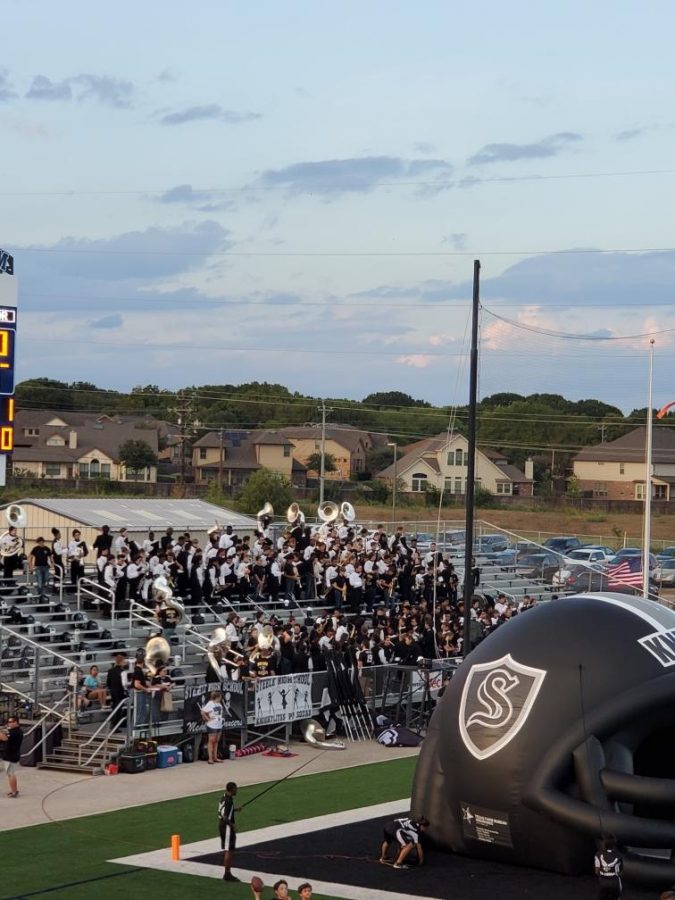 Band is a fun way to make friends and get high school credits. Most students get started at an early age. Some decide to stay in band and some decide to try other electives and extracurricular activities.

Lee Akers is an 8th grader who plays the baritone in the symphonic band. “At first I joined because I just needed a fine arts elective, but now I go because it’s fun and I like being part of the community,” he said. “The entire band is part of the community. Everyone interacts and I like how everyone can be friends just because we joined one class.”

Depending on the grade level and school, there are concert bands and marching bands. There can also be many different types of bands like Jazz, woodwinds, brass, and more and some schools can have different levels, such as: beginner, intermediate and symphonic.

Most schools don’t do band until your in 5th or 6th grade. You have to go to an event to see what instrument your mouth can be formed to.

Some students have tried it, but it didn’t work out. Sarah’s Bonney is an 8th grader who tried band in intermediate, but decided it wasn’t her thing.  She said was in the fifth grade, she didn’t think she was learning her instrument, the French Horn, as well as she expected. The next year in 6th grade she tried the clarinet.

Music is an extremely important subject for all children to learn and can lead to better brain development. A lot kids join band until high school. But some march because they can get scholarships to college. When you march on the field you make some kind shape or number or objects.

Allison Garica, 8th grade, is in band. She plays the clarinet. “I’ve been playing for 3 years and I’m excited to make this my fourth. I haven’t yet travel anywhere with the band,” she said, adding that she would highly recommend it.

Sophia Herrera is an 8th grader at Dobie who never considered joining the band, although she does play the harmonica in her free time. She said that she is not in band because she never thought to join.

Scientific research has proven that musical training builds intellectual skills, raises IQs, increases spatial-temporal intelligence, improves memory, and develops creativity.  According to The Inspired Classroom website’s article: Why is music education in schools important?:music education gives students a way to connect with other people: “I think you should join band because it helps your brain.”