What seventh and eighth graders think of each other 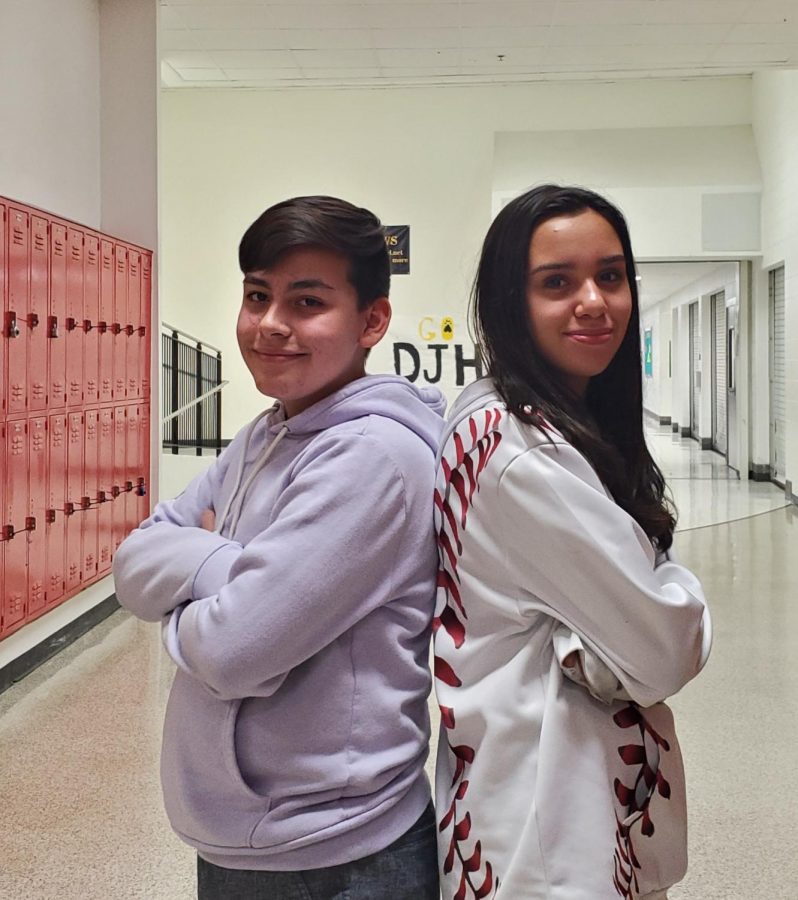 The Dobie Jr. High experience includes both 7th and 8th graders. They must learn how to exist in the same space and get along. Some stereotypes like how seventh graders are immature and 8th graders are rude exist, but are they really true? Students all have their own opinions.

Bella Malone, 7th grader, said she thinks that the eighth graders try not to be mean to seventh graders. ”I think they’re respectful,” she said.

Malone also thought eighth graders as a role model, Because that’s how we’re going to be,” she said.

Malone had one word to describe the 8th graders and that one word was: “Chill, because couldn’t care about anything.”

She also thinks 8th graders as role models because that’s how we’re gonna be. She offered examples of what Malone likes about 8th graders, saying that, “They’re calm, chill, respectful and very loud but it’s a good thing,” she said. Malone said her greatest challenge was getting to class on time.

Aidan Szczepaniak, an 8th grader, gave his thoughts about 7th graders, was that he didn’t like most of them, “Half are good and the other half are just really bad and need to learn some respect,” he said.

Szczepaniak’s thoughts about separating 8th graders and 7th graders in their own lunch is acceptable. “I think it’s very acceptable because if you mixed 7th and 8th graders, they’re gonna get in fights because they think there all that,” he said.

Szczepaniak only had one problem with the 7th graders: “They walk like old people and it makes me late and they need to grow up.” Szczepaniak also thinks if you had to describe a 7th grader in one word, it would be: “Annoying, because they play too much with each other and like need to grow up.”