Fall is here and you know what that means; It’s time to watch Hocus Pocus! 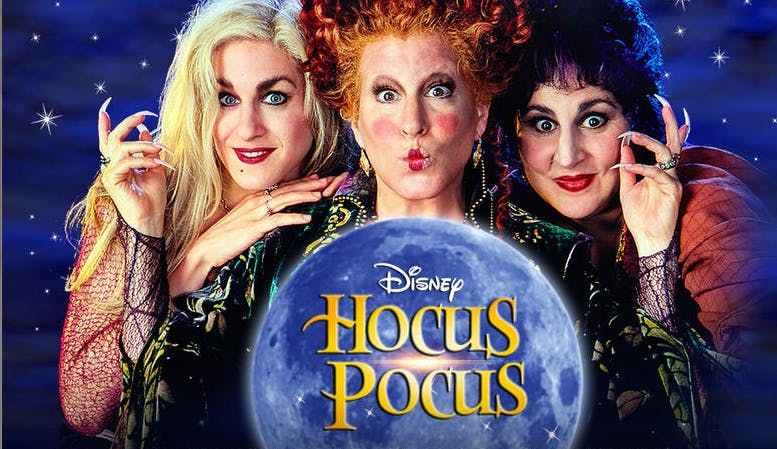 It’s October and you know what that means…. Halloween!!! With Halloween comes costumes, spooky stories, and Halloween themed movies. There always seems to be movies released around this time of year, but there is one classic and popular movie that most everyone watches: Hocus Pocus, made in 1993.

Most people think of Halloween when they hear the word October. Students spend their free time watching movies, new and old. Hocus Pocus is one that their parents probably watched when they were younger; so they encourage their children to watch it.

Even though Bruno doesn’t know the history on Hocus Pocus, she has seen the movie and she states, “I think that it’s a good movie. I am interested in most Halloween movies, but not horror, because I don’t like being scared. I enjoy classic Halloween, child movies.”

According to disney.fandom.com,  Hocus Pocus is a Disney Channel original movie that was thought of and produced by David Kirschner an American film and television producer and screenwriter. The original idea was a bedtime story for Kirschner’s daughters, that he wrote based off of the Salem Witch Trials. He gave the idea for the movie to the writers Neil Cuthbert and Mick Garris then Hocus Pocus was born.

According to IMDb, the movie is first set In the year 1693, where three sisters, Winifred, Mary and Sarah were executed for their practicing witchcraft but not before their living book of spells revealed to them a curse to bring the three back from the dead. 300 years later, 1993, a  teenager Max Dennison is new to Salem, struggling to adjust to his new home;

after growing up in California.

Now, he must spend the evening escorting his little sister, Dani, door to door for trick or treating while their parents enjoy the town’s Halloween dance. Max’s efforts to impress a girl led him to light the black flamed candle and bring Sarah, Mary, and Winifred Sanderson back from the dead. From there on out, it’s a non-stop, wild goose chase as the witches pursue the children, determined to perform their spells before sunrise or else the witches will be gone forever.

Max, Dani, and Allison work together to outrun and outlast the evil trio and their magical army, with the fate of all the children of Salem hanging in the balance.