Toronto Raptors the first team based outside of the U.S.A to win an NBA championship 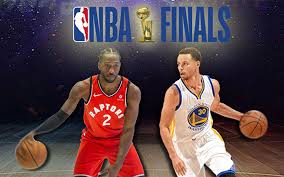 Kevin Durant was injured in game five of the conference semifinals against the Houston Rockets, according to NBA.com.  If he hadn’t been injured, the finals could have had a completely different result. Kevin Durant has had 17 wins in his career, when playing against Kawhi Leonard, while Kawhi only had 15 wins.

The Finals MVP officially was Kawhi Leonard, but had the warriors won, and Kevin Durant was healthy, as well as Klay Thompson, Stephen Curry or Klay Thompson would have been finals MVP. Curry had an explosive game 3, while even though he lost, he came out with 47 points, while both Klay and Durant were out for injuries. He also put up over 20 points in every single finals game, and averaged 6.2 assists per game.

“I thought that the NBA finals were bad because the Warriors lost,” Travis Melton commented. The Warriors had many followers, as well as many who were tired of seeing them win. The Warriors have won the last three championships.  Kawhi Leonard,#2 of the Toronto Raptors, celebrates with the Larry O’Brien Championship Trophy after his team defeated the Golden State Warriors to win Game Six of the 2019 NBA Finals at ORACLE Arena on June 13, 2019, in Oakland, California.

“I predicted that either the Bucks, the Warriors, or the Raptors, were going to win the NBA finals.” The Warriors and the Bucks were the number one seeds in their conferences last year, while the raptors had only been the number one seed in the 2017-2018(which was their first time in history being the 1st seed). The Raptors had gained the talent of Kawhi Leonard and it ultimately paid off, winning them a championship the same year. The Bucks were defeated by the conference finals, which pushed Giannis Antetokonumpo to work hard this summer and improve on his game.

The 2019 NBA finals were one of the most emotional and decisive series’ in history. It was the series that decided whether the Warriors were going to keep their winning streak alive, along with the series that gave Toronto their first championship in history. This series would lead to a very exciting free agency. This included many trades and drafts that brought balance back to the NBA. Only the future can tell what will happen this season.