Black Friday weekend estimated to be huge shopping this year, Shopping holiday has its dark past 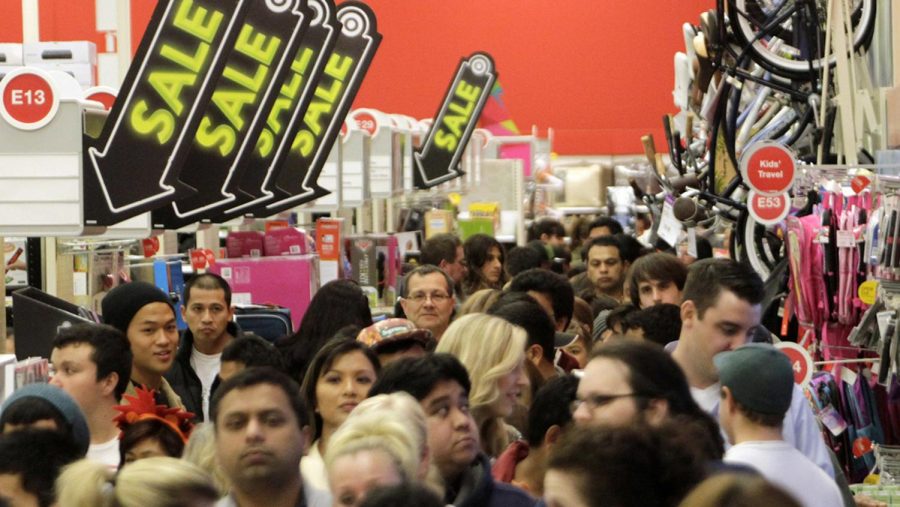 Black Friday is November 29th, the day after Thanksgiving until Cyber Monday. It is known for its huge crowds of people waiting for the doors to open to their favorite stores (retailers are preparing for one of the busiest shopping weekends of the year with an estimated 165.3 million people likely to shop Thanksgiving Day through Cyber Monday, according to the annual survey released November 15 by the National Retail Federation and Prosper Insights & Analytics.

Regardless if you go Black Friday shopping or not it still has come a long way since the 1950s and it is still changing today.

Some people love Black Friday — the thrill of getting a deal on gifts for others and themselves – the fun of shopping and everything that goes with it. Madison Gastol, a 7th grader at Dobie Junior high loves to shop in stores. “We make Black Friday a big deal,” said Gastol.

Others hate it for its commercialism and impatient crowds. Dobie student Kaitlyn Harrison doesn’t go Black Friday shopping. “It is too chaotic.” said Harrison. This is very true. Many people avoid going into stores on Black Friday because of the chaos.

But in the 1950’s, Black Friday had a whole different, darker meaning that not a lot of people know about.

Back then Black Friday was seen as a dark time and the term wasn’t used in the same manner as now. According to History.com, Black Friday originated in the city of Philadelphia when the police began calling it “Black Friday” to describe the chaos that took place that day, but they weren’t there to shop. The large groups of citizens flooded the city to attend the Army-Navy football game.

The influx of people who flooded the city for the game made things dangerous. Delinquents took advantage of the chaos and began stealing from stores. The huge crowds were a great cover for their crimes. Many stores would get robbed because their attention was on all of the commotion.

Store owners and the city’s merchants attempted to change the name to make it become more of a celebration of sales but it was not successful as the term Black Friday had already begun to spread across the nation.

Retailers in the 1980s succeeded in changing the way Black Friday was seen. They managed to change Black Friday into a holiday of sales and discounts.This is what began to catch on through the states.Before long everyone had forgotten about the dark past of Black Friday.

The sales however can be dangerous. According to Black Friday death count.com there has been a total of 12 deaths and 117 injuries since 2006.

Many stores prohibit camping out to line up early — especially days early, but there are still are many people all over the United States that ignore these signs and continue to campout at their favorite stores in hopes of getting their hands on the best deals — deals that are often limited quantity.

Black Friday is beginning to become a two sided argument but statics say that stores that have Black Friday deals are making tons of money. In 2018 alone the average amount a shopper spent was $1,007.24 and the total amount by all shoppers was about $717.5 billion.