The vaping ‘trend’ is putting teens’ lives in danger 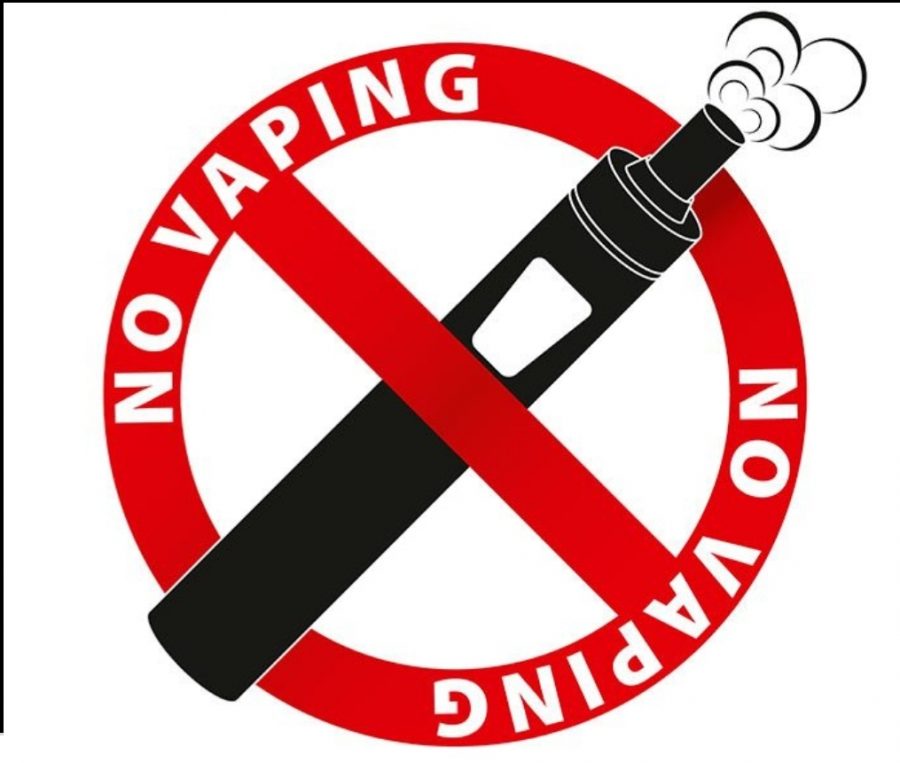 Vaping devices such as E-cigarettes, vape pens, and Juuls have been on the market since early 2007. It was only until recent years, mainly becoming well known to the public around late 2017, this type of smoking was blamed for the deaths of those who used them.

The Centers for Disease Control’s webpage, “Outbreak of Lung Injury Associated with the Use of E-Cigarette, or Vaping, Products” is updated each week;  deaths have been confirmed in 24 states and the District of Columbia, as of November 13, 2019.

As of November 13, 2019, 2,172* cases of e-cigarette, or vaping, product use associated lung injury (EVALI) have been reported to CDC from 49 states (all except Alaska), the District of Columbia, and 2 U.S. territories (Puerto Rico and the U.S. Virgin Islands).

CDC recommends that people should not use e-cigarette, or vaping, products that contain THC, particularly from informal sources like friends, or family, or in-person or online dealers. Until the relationship of vitamin E acetate and lung health is better understood, vitamin E acetate should not be added to e-cigarette, or vaping, products.  In addition, people should not add any substance to e-cigarette or vaping products that are not intended by the manufacturer, including products purchased through retail establishments.CDC offers a map of reported cases that it keeps updated as well.

The numbers of deaths are climbing fast. According to Maggie O’Neill’s October 17, 2019 article on Health.com, The dangers of vaping doctors want everyone to know, 26 deaths happened as a result of vaping.

Not only has vaping caused deaths, but seizures, lung disease and other medical conditions as well. “Seizures—35 cases of which have been reported between 2010 and 2019—are side effects of nicotine poisoning, which results from a person being exposed to too much nicotine,” said O’Neill.

Vaping has been luring teens in with its fruity and child-like flavors like Bubblegum, Blue Razz Lemonade, and Peppermint all including diacetyl. Studies have linked these flavors and many more to lung disease. This can also affect non-vaping children,teens, and adults in the nearby area with second-hand vapor that also contains doses of nicotine. If inhaled by non-users, it can increase their risk of becoming nicotine dependent.

Student Yasmin Callow, an 8th grader at Dobie who worries about her fellow students health, said she thinks peer pressure is to blame for some people risking their lives to vape. “Vaping is like the [new] big thing, people vape so they can be popular. They’re going to ruin their lungs,” she said.

Callow couldn’t have been more accurate. Not only has vaping ruined teens lungs but also has other negative effects all over the body including; dry mouth, skin issues, dehydration, dry throat, itchy, flaky, and red skin, dizziness, caffeine sensitivity, severe allergies and canker sores.

By the end of 2019 the deaths and injuries due to vaping will only increase at a constant rate and will continue to grow. To fight back schools and families around the world are taking a stand to vaping and working together to start a program to put an end to vaping addictions.

“The school systems in St. Charles, Mo., Olathe, Kan., and on Long Island were believed to be the first in the United States to sue Juul,” wrote Adeel Hassan, author of Juul Is Sued by School Districts That Say Vaping Is a Dangerous Drain on Their Resources. As early as it is in the fight to stop vaping, schools and families have started strong and plan to keep their kids safe from the dangers of vaping.