The veterans of my family 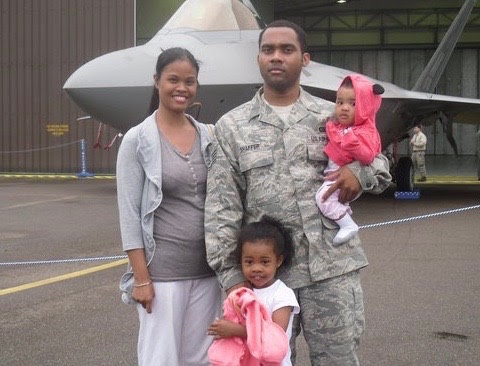 It takes a lot of courage to serve in the military. With moving from all these different and foreign places and sometimes even moving by yourself and being separated from your family for long periods of time. On the other hand, being in the military can give you the chance to experience new things that you otherwise wouldn’t  be able to do in a normal civilian life.

My grandfather served more than 20 years in the Army and was stationed in Germany, Louisiana, Oklahoma, Washington state and a myriad of other places. He did two tours of Vietnam where he was awarded the Bronze Star and retired as a Sergeant First Class.

My uncle has been serving for 15 years in the Army and January will be his sixteenth year serving. He was stationed in Korea, New York, Texas and now currently in Germany at Stuttgart Army base. My uncle was deployed three times, twice to Afghanistan and once to Iraq. He is currently the rank of Sergeant First Class.

My dad served for nine years in the Air Force. He did all his training in Biloxi, Mississippi. For one year he was stationed in South Korea and was able to walk across the border over to North Korea but for only a couple minutes. After that, he was stationed in England at Royal Air Force Base Lakenheath. There he met my mom Joanna Sapon. They got married in 2007 and became Mr and Mrs Shaffer.

In 2012, my dad separated from the Air Force. By this time, I was five years old (I was born 2007), my little sister Aryanna was three (she was born 2009) and my little brother would have been born and about six years later, my other little sister Alainna (born 2018) would come along.

Thank you to all veterans and thank you for your service.