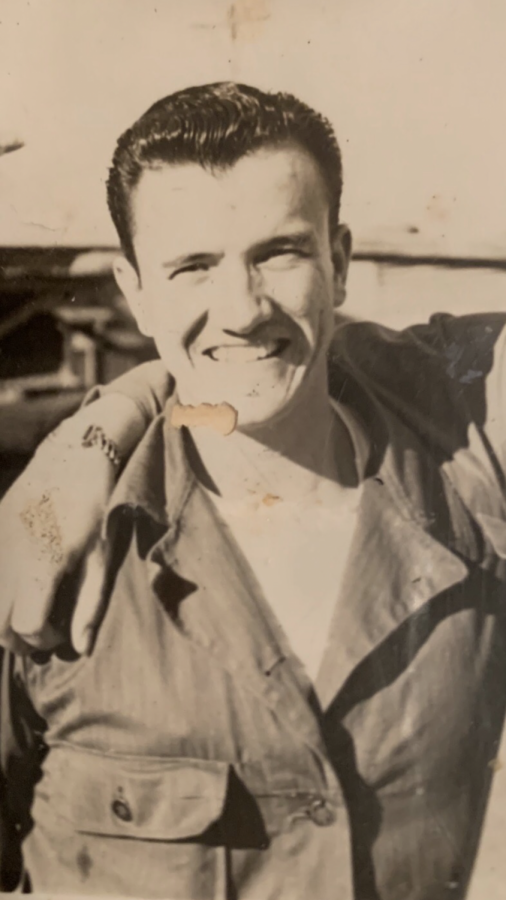 My great grandfather during the time of his service

My great grandfather served in the Air Force and was a Korean War veteran.  He served for eight years.

One of the stories my great grandfather told me about his time in Korea was when he was called into the office of a commander.  The commander handcuffed a briefcase to his wrist and handed him a pistol. He was instructed to take the briefcase to a designated place and he said he was so relieved and happy when he successfully delivered the briefcase.

When my great grandfather and his unit were evacuating Seoul Korea, they were all in a huge transport plane.  The plane had trouble getting off the ground, so they were instructed to start throwing cargo off the plane in order to make the plane lighter so it could go higher out of range.  One of the things that went overboard was a jukebox, he always said he hated pushing that out.  When the load was lightened and the plane took off, it was chaotic and he was thrown under one of the seats and hurt his leg very bad.  This injury led to him receiving an honorary medical discharge.

After his discharge my great grandfather worked civil service in the aerospace department at Brooks Air Force base as an illustrator.  He drew medical images for training purposes. He was a very talented and accomplished artist and enjoyed drawing and painting his whole life.

He was also working at Brooks Air Force base when they sent a little monkey named Sam into space.  He was so proud of being there at that time and was honored that project was based here in San Antonio.