Football injuries are part of the game 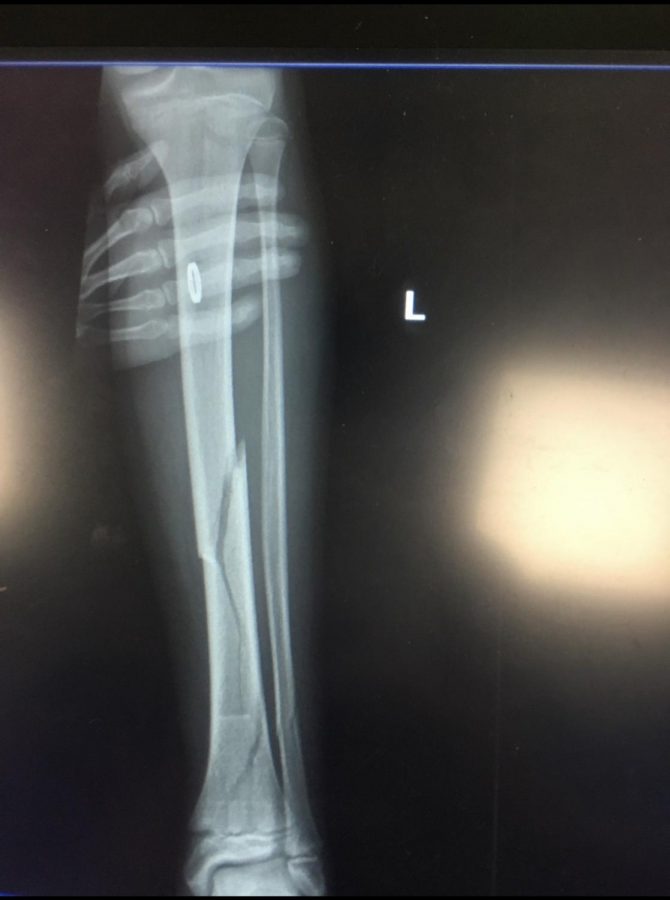 Football is a fun and exciting contact sport. People of all ages love the game and love to play it as well. While football can be a fun sport, people can also get hurt playing it. Injuries are a devastating hindrance to how you play the game.

Coach Wallrich said there were two major injuries this year, one athlete broke his leg and the other had a minor ACL tear, he said. He said the coaches are very serious about keeping the players safe and healthy. “When an athlete gets hurt we need to check on their well-being” “If it is a serious injury, we have to check with the parents to check if the kid is okay,” he said. “As far as the team goes, we have to think about who the next man up is going to be to make sure that the team is successful.”

There are many different injuries, some worse than others. Injuries can decrease your play time, and sometimes, even end your time playing football for good. No one is immune to injuries, so it’s best to be mindful of what your doing and be careful.

According to Bleacher Report, football is the third most dangerous sport in the U.S, behind MMA fighting and boxing. The contact sport can cause many different injuries to the body, as well as the brain.

Excessive tackling and impact can cause Chronic traumatic encephalopathy (CTE), a deadly brain disease, which degenerates the brain. More common injuries, such as  concussions, sprains, and bruises, are seen more in children than adults these days.

Kalon Hargrove, an 8th grade running back/ backup quarterback for A team, suffered a back injury while playing a game against Judson. “It hurt to walk and I was out for a week,” said Hargrove. “The coaching staff put some treatment on my back and I had to sit out of practices.” Hargrove also stated that it took him a week to fully recover from his injury.

Qieren Davis, 8th grade running back for C team, suffered a fractured arm during practice. Qieren was out for the remainder of the season, and has now had on a cast for over a month now. “The coaches carried me off the field. Once I was off the field, they gave me a splint and a sling,” he said. Qieren is still wearing his cast and has not fully recovered, but his arm is showing signs of getting better over time.

Jacob Sterns, 8th grade running back for C team, got his elbow jammed into his ribs during a tackle. The collision between my elbow and my ribs caused a contusion. “The coaches carried me off the field and helped me take off my pads and put ice over the injury,” he said. Jacob has now fully recovered after 2 weeks of being out of football.

James (Jay) Anderson, 7th grade running back, suffered a major injury this past season. He broke his leg after a player fell on him. “My leg was broken in three different places from my calf down to my ankle,” he said.

Anderson remembers the evening he got injured vividly. “Coaches helped me off the field and on to the bench. They called my parents and I ended up going to the hospital,” he said. Anderson was out for the remainder of his season and is currently in a wheelchair and cast. After getting out of the wheelchair in roughly 4 more weeks, he will be on crutches for 5 weeks, and 5 weeks of rehab, which means that he won’t fully recover for at least 3 months.

Football can be fun, but in order to keep it fun, players and their coaches  have to watch out for possible injuries that can happen. The coaching and medical staff do a great job of helping players to the best of their ability. Injuries can be devastating, but the important thing to remember is that you have chances to bounce back.

P.S- The broken bone in the featured image is Jay’s left leg.