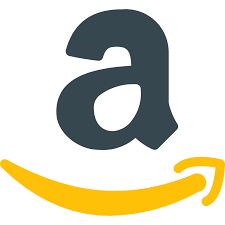 Amazon is a place where people go online to purchase goods such as apparel, toys, books, baby products, groceries, garden items, and pet products. Shipping will come in one to two weeks, unless you have prime then you can get things shipped in one to two days. Many people all over American are using Amazon to do all or most of their shopping from the comfort of their own home.

“The company was originally a book seller but has expanded to sell a wide variety of consumer goods and digital media as well as its own electronic devices, such as the Kindle e-book reader, Kindle Fire tablet and Fire TV, a streaming media adapter,” according to Tech Target.

Many people love Amazon because the can shop in the comfort of their own home, and the convenience of one to two day shipping. Dobie Jr High 7th grader Natalie DeLeon, uses the Amazon systems a lot and said, “boxes come to our house neatly packed, and nothing seems wrong with the product.” She also commented, “Amazon is convenient, and you can use it in the comfort of your home.”

It’s no mystery that Amazon is convenient and very useful, but the Amazon system speaks for itself. Thousands of Amazon workers work inside these distribution factories and find these products in their factory and then package and distribute them. Many robots work in the packing factory and tons of distribution vehicles then take those materials to homes that have ordered Amazon products. Vans, truck, drones, and cars come to your home and deliver all the packages that you have ordered.

According to Britannica Encyclopedia, “in 1994 Jeff Bezos, a former Wall Street hedge fund executive, incorporated Amazon.com, choosing the name primarily because it began with the first letter of the alphabet and because of its association with the vast South American river.” Since then, Amazon has become extremely successful and the company has largely grown to a huge corporation. Many people all over the world use Amazon and the company is making a lot of money that they use to pay workers, function the business, and they continue to grow, make profits, and improve functions.

As stated in About Amazon, “Amazon is guided by four principles: customer obsession rather than competitor focus, passion for invention, commitment to operational excellence, long-term thinking”. They continue each and every day to improve their system.

Berlin Jenkins, an 8th grade student at Dobie Jr High, explains how much she loves Amazon.”It’s so amazing and it’s so convenient, you don’t have to waste gas on going to the store anymore. There probably so successful because people in this generation have become lazy, so they just purchase everything off of there” Jenkins says.

Many people all over the world use the Amazon system and enjoy purchasing products from there. They tend to buy products off of the site instead of going to the store. Overall, Amazon makes so much money off of their systems, no one is expecting them to go out of business anytime soon.