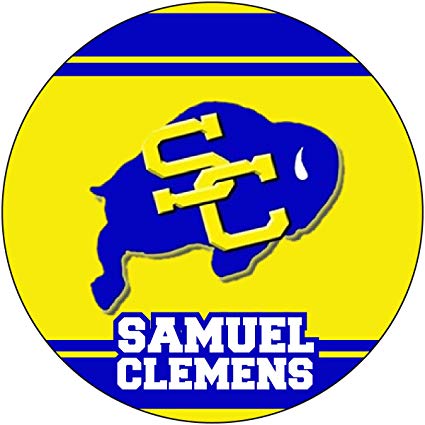 While most students are looking forward to their educational future, a lot of Clemens kids are left confused and without counselor assistance. Even though there is an abundance of Steele references for Dobie students, there are little to no references for Clemens kids. This can leave the students planning on going to Clemens to feel left out and even ignored. Without rapid change, this vicious cycle will continue.

Steele is often called a more well-known school in the community for its sports and fine art programs, but it is well known for its friendly rivalry with Clemens. This rivalry, however, stems from something more sinister. At Dobie, the kids are constantly pressured to go to Steele; this doesn’t happen at Corbett, seeing as Corbett is more projected for Clemens. Also, the coaches at Dobie are pressuring a rivalry between Corbett and Dobie. Clemens’ recruitment resources are dwindling while Steele kids’ resources are skyrocketing, which made it more difficult for Clemens kids to sign up for classes and sports. With the uneven divide between Steele and Clemens kids at Dobie, it’s a miracle Clemens students knew what to do.

Luckily, however there is a small amount of representation from Clemens here at Dobie. Coach Cuda, the Head Aquatics and Professional Communications teacher at Clemens, is very eager to educate students at Dobie going into Clemens about their opportunities. He says there is a reason behind the little representation at Dobie, is that “Dobie is a feeder school to Steele, and few students will be going to Clemens.” This means that the information missing will be appealing to a minority, but that doesn’t mean it should just be pushed aside.

It’s often assumed that Steele has the larger student body compared to Clemens which is often why students state that Steele is the better school. This is actually not the case. When viewing both the Steele and Clemens websites, it is stated that Steele has “2,296 students,” while Clemens has “2,656” students, not to mention that the student body has nothing to with which school is better or not. In fact, if you look at U.S.News’ report on the matter, both schools have about the same academic scores in both ELA and Math.

“Generally, when we think of students going to high school, we think of Steele because that is where most students go,” said Mrs. Preyor-Johnson on the question of whether or not future Clemens alumni receive sufficient representation at Dobie, “however, there are special situations where students attend Clemens, whether it be due to the IB program only being available at Clemens, or because of a waiver based on district boundaries.”

“I think staff should keep those interests in mind when preparing students for high school. We should really keep them in the conversation,” she continued.

“Nobody really knows I’m going to Clemens, in fact when I go to Clemens I won’t have any of the friends I do now,” stated Cristina Williams, a future Clemens student. “It’s pretty annoying because I have to say ‘I’m going to Clemens’ to ask for help about high school, because they won’t give us any information otherwise. I just wish they would show stuff for both schools.”

During an interview with one of Dobie’s counselors, Mrs. Ruhd, she has estimated that there are most likely 550 kids right now going to Steele and only an estimated 50 kids going to Clemens.  She said that the reason why there was such a low number of Clemens kids is that most of them live closer to Corbett.

To put things into simpler terms, future Clemens students don’t feel like they truly belong at Dobie. The school simply doesn’t offer any representation for the high-strung minds of future Clemens students. Between ignoring the IB program during assemblies and peer pressure to go to Steele, it makes it seem like high school isn’t all it’s cracked up to be. However, if we all come together and be more inclusive, we can make these students feel truly at home.
Personal view: Lee Akers

I am Lee Akers, a reporter for this article. I am going to Clemens next year and would like to make the other future Clemens students feel welcome next year; hopefully forever. All students need a reason to belong. Otherwise, what is the point of going to school? I personally have faced a lot of peer pressure from my fellow students, not to mention that during the school-wide assembly about high school, the IB program and the Clemens inclusive classes were completely glossed over. We may be a smaller population, but that doesn’t mean we are any less important. When I tell people I am going to Clemens, they laugh and scoff at me, as if they were superior. While this group of people may be inflated by their prominence, the words and actions sting my pride nonetheless. I, Lee Akers, am sick of this abhorrent ignorance and confusion forced upon future Clemens students.

To begin, why are we ignored? Remember the no child left behind act? Or does that not apply to Clemens students? I personally would like to be aware of the classes I will be taking for the rest of my life, not just the classes at Steele. People are always talking about how great Steele’s band and journalism is, and feel at home offending the Clemens form of these classes, even though they are mostly the same. That is absolutely disgusting to me; you can’t even walk into the hallway during passing period without somebody trashing Clemens or Corbett. Where is our sense of camaraderie? That’s simple, it was destroyed in the need for competition between schools, essentially pitting students against each other; but it’s fine, after all, teenagers are absolutely stable and fair like adults! Not like our bodies are pumping themselves full of hormones or anything. That would be ridiculous!

After all this, there will be no change with just a few people standing up for themselves. We are the minority for now. In fact, somebody will probably comment on this article about how 1 school is ‘superior’ to the other. If you are about to comment something brash, ask yourself this; why? Why do you choose to ignore the issue at hand? Why do you contribute to the herd mentality? And last of all, why aren’t you acting to stop this? We are divided, like the countries in the days since past. If we as individuals do not make a stand and fight for others, you might as well be slapping them in the face. As Mahatma Gandhi once said, “be the change that you wish to see in the world.” Otherwise, who will?
Personal view: Tara Johnson
I’m Tara Johnson, one of the reporters for this article. I’m going to Clemens next year with Lee, and I find it annoying to always ask questions about Clemens that are barely even answered. While I find both high schools to be good schools I am proud to be a future Clemens student, but being at Dobie and having little representation has made me feel left out and like I’m not as good as the other students.

Whenever we, the 8th grade student body, is being told about our future high school lives, they always talked about resources for Steele. It was always, Steele this, Steele that, but as for us Clemens students, they either said a sentence or two about Clemens, or said nothing at all. I can’t even begin to tell you just how many times I’ve had to raise my hand just to ask “When is that event being held at Clemens?” or “Is that available at Clemens?” only to be given a short answer, or a low-effort answer, like “Go on the Clemens website and look it up.” As a student, I should have the right to a decent answer, after all, I’m no less than any of the other students.

Another thing that I’ve found pretty bothersome with all of this is the counselors. Now don’t get me wrong, not ALL of the counselors do this. For example, when we were first being talked too about our high school courses, I had asked which of the courses would be best for me, since I want to go into the Film industry when I’m older. I was told by the counselor, “Yes, I will help you with that as soon as we finish talking about the PSATs.” There’s nothing wrong with that, so I thanked her and waited until she finished. When we started working with our course selection, I raised my hand, which she came over to assist me with it. She told me, “You’ll be meeting with the Steele and Dobie counselors next week so you always have time to figure this out to.” So of course I asked if there were going to be Clemens counselors there since I’m going to Clemens. She only answered “No, there won’t be.”

So the next week comes around and we’re meeting with the counselors to pick our courses, which I happened to be paired with a Steele counselor. She was very polite at first, introducing herself and showing me one of the other Steele counselors and stating “We will both be your counselors next year.” I told her I was going to Clemens and her whole demeanor changed. She stopped smiling, and her voice wasn’t so kind. “Oh, OK then.”  Was her response, which sounded very disgusted. After that, she didn’t make eye contact with me again.

It’s really just a shame that just because I live is a certain zoning that I’m suddenly painted out to be a bad person. In my opinion, any student, no matter which school they are going to, should have and equal opportunity to understand their future school. Sure, I understand that most Dobie students won’t be going to Clemens, but if you ask those who are what their experience has been, it’s really quite sad. All students should be treated fairly in this matter, after all, they didn’t really have say in their zoning, so why should we be looked down on because of it? I want for both high schools to be equally represented at Dobie so that students for generations to come don’t feel left out.