Gear up and wear your purple 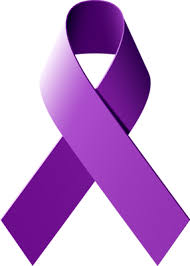 November is the month when you spread awareness about epilepsy and how many people it affects. When you do this you wear purple, even if it’s just a ribbon.

Epilepsy is a brain disorder where nerve cells are disturbed to cause seizures. Around 3.4 million adults and 467,711 children have epilepsy in the U.S. alone. More than 65 million people are affected globally.Hazel Mack an 8th grader, “My sister, Autumn, was diagnosed at the age of 13.”

According to Health Line over a lifetime, 1 in 26 American citizens will be diagnosed with this disease.

The main causes of seizures are abnormal levels of sodium or glucose in the blood.

Avery Bruno an 8th grader said, “I know that seizures can be caused by flashing lights, but I don’t know the other causes.”

Some causes are brain infections, including meningitis and encephalitis. Brain injury that occurs to the baby during labor or childbirth. Brain problems that occur before birth (congenital brain defects), according to Live Well.

Also drug abuse, electric shock, and genetics can be inherited as well, and cause epilepsy.

Most commonly diagnosis happens under the age of 20 or over 65 years old. According to Epilepsy Society, “Not all seizures are due to epilepsy.”  Due to this, seizures are classified as two different types of groups.

Mack says, “ Yes, I know some common symptoms, their face structure and emotions, and how they freeze out of nowhere.”

According to Mayo Clinic common symptoms are, temporary confusion, a staring spell, uncontrollable shaking movements of the arms and legs, loss of consciousness or awareness, psychic symptoms such as fear, anxiety or deja vu.