What do Dobie students think is better: Apple or Android 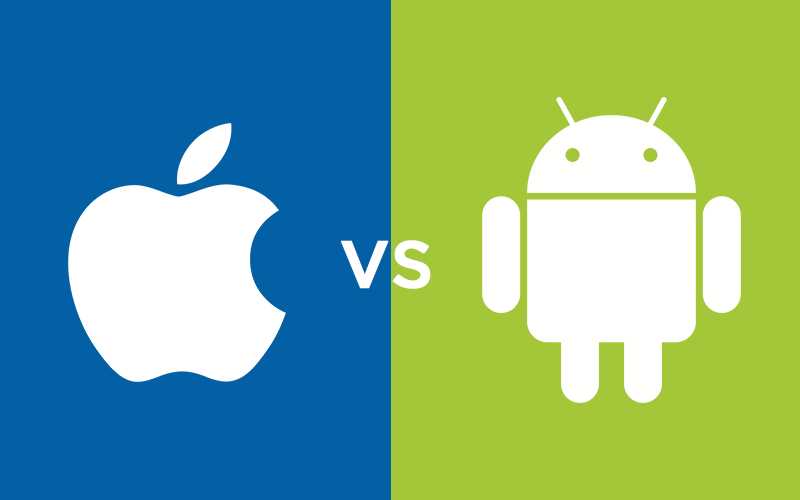 Apple versus Android, a common conflict and spoken about topic among Dobie students. Dobie students have many thoughts and opinions on these two competitors. Some students, and even teachers, give their preferences and experiences of their name brand, technological devices. Based on a poll on Dobie News, out of 214 responses, 71%  would rather have Apple. Here are the numbers from the poll: 71% prefer Apple, 16.4% prefer Android, and 12.6% don’t have a preference. 65.4% have an iPhone, 22% have an Android, and 12.6% either don’t have a phone or have something else.

Various students would rather have a different phone than the ones they have now. Jaclyn Brunotte, a 7th grader, favors Androids although she has an iPhone. Her reasoning: “I’ve had an Android longer,” said Brunotte after taking the survey. Janea Francis, an 8th grader, is the opposite. Francis has an Android but prefers Apple because “it has a better camera.” Francis was one of many who has taken the poll.

Most students are happy with the phone they have.  According to the poll, Tralee “Theo” Warren, a 7th grader, has an Android and is very happy with it. “The hardware overall is better,” said Warren. Even Apple users enjoy their devices. Daisy Savusa, an 8th grader, likes her Apple products. “Apple is more updated and has better quality,” said Savusa.

According to Business Insider, iPhones sell at around 15% more value than androids– so is and expensive iPhone worth your buck? “Even though the iPhone is a lot more expensive, and Androids are more reasonably priced, I would still rather have an iPhone,” said Christopher “Dalton” Massey, an 8th grader.

Battery life plays a big role when one wants to choose a phone, tablet/iPad, or even a computer. According to Tom’s Guide, ranking #3 in battery life is the Galaxy A20 with a 13 hour and 46 minute battery life, while the iPhone 11 pro max ranks number eight with 11 hours and 54 minutes. Therefore,  Android does have a longer battery life despite what many Apple users think. Mia Howe, a 7th grader, enjoys her Android mainly for its battery life.

People would go to crazy extents to get the phone that they desire, or think is trendy. Alessandra Ramos, a 7th grader, is one of these eccentrics. “I would trade my dog for the new iPhone 11,” said Ramos. Even non Dobie students, like shoppers on Black Friday, would do ANYTHING for a trendy, new device.

Even Dobie’s very own teachers have their preferences. Mrs.Preyor-Johnson, the journalism teacher, enjoys her Apple devices because they are “easy to use and offer a lot of choices.” Coach Adame, a CCR teacher and coach, prefers her Android phone, but is happy with her iPad and Apple TV at school. She enjoys the Apple TV because, “it gives a good visual for the students,” said Coach Adame.

Apple or Android, whichever you prefer, both have many pros and cons. Just make sure to stay true to yourself and pick which one is best for you. Each one is different and unique in its own way.