What Dobie students want to be when they grow up 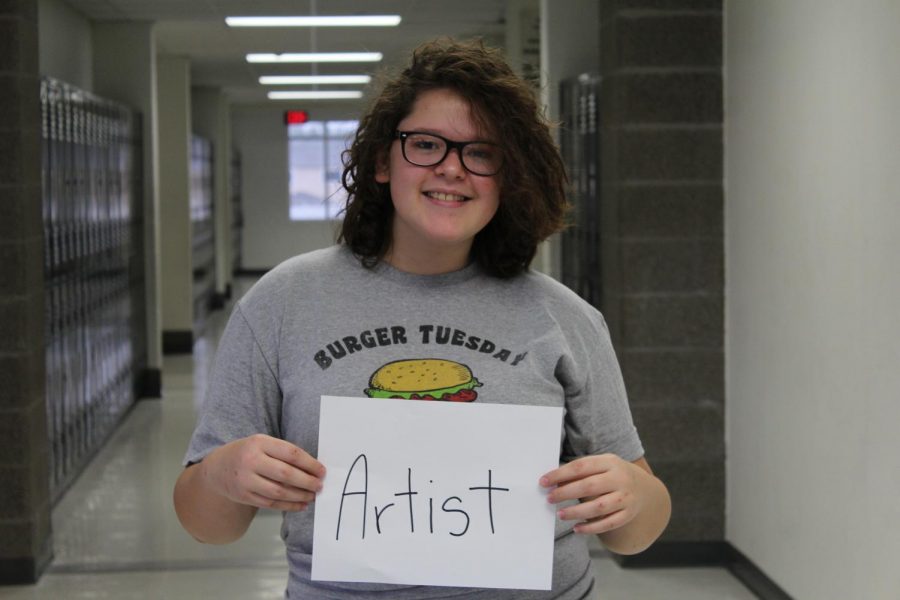 The one main question you might be constantly asked is “What do you want to be when you grow up?”  Now that your older the real question is “What do I want to be?”

Health Science is all about medical stuff, for example,  if you want to be a doctor or even a veterinarian, health science might be the career cluster for you! According to Science Daily Health science is the discipline of applied science which deals with human and animal health. Even Dobie students, like Lexy Ramos, a 7th grader, chose to be a veterinarian because “my mom and dad inspired me“

From a survey 30 out of 92 people want to be some kind of doctor or therapist because they want to help people. Also most people would like to help animals like being a Vet or being a Zoologist. As you can see the majority of people want to help others and animals.

Sports are a huge part of Dobie, so naturally a lot of students would want to pursue a career in sports. There are 5 main sports that everyone enjoys which are football, soccer, baseball, basketball and volleyball. Most of the boys want to be an NBA, MLB, or NFL player.

Girls aren’t as interested in sports but the ones that aspire to be in the NWSL or the USPV. There are many reasons students choose to play sports, like Kaeleb Galindo, 7th Grader said “ It was my dad’s dream, so I want to make him and my family happy.” Or Javon Toliver, 8th Grader said it’s because “ I just love playing basketball, I’ve been playing since I was 4.” The accomplishments students have had in sports is truly amazing. Alessandra Ramos, 7th Grader said her biggest accomplishment in soccer is “ Being a State Champion with my team because of the goal I scored.”All in all sports is a big career choice at Dobie and at middle schools across the world.

The most popular careers among students are doctors or teachers. Fine arts might not be the most popular career but it’s definitely the most rewarding. Some Fine art jobs include band,art, photography, etc. There are students that want to be musicians or an artist. There are also students that think fine arts are a good job like Ava Garza a 7th grader “Yes cause people can learn a lot of things and they can create beat,songs or anything with what they learned” said Garza. So most students want to be in fine arts and some think it is interesting.

Government & Public Administration is something huge in the world right now. Like how the impeachment was being talked about and is still in the news. Also when the President elections are happening every one over the age of 18 has to vote for the best candidate for the government. Diaya Vinthaxay 7th grader said, “ I would like to be a vice president because  It would be cool to go into that career cluster so I can stand by the president if I ever be the vice president”

Over time people change our minds because of our role models and we see jobs different than you did when you were eight. We’ve learned more about the jobs we thought were boring or basic. We look at them and see that it is the real world. Being a teacher or doctor or even a lawyer are popular because people want to make an impact on others lives.