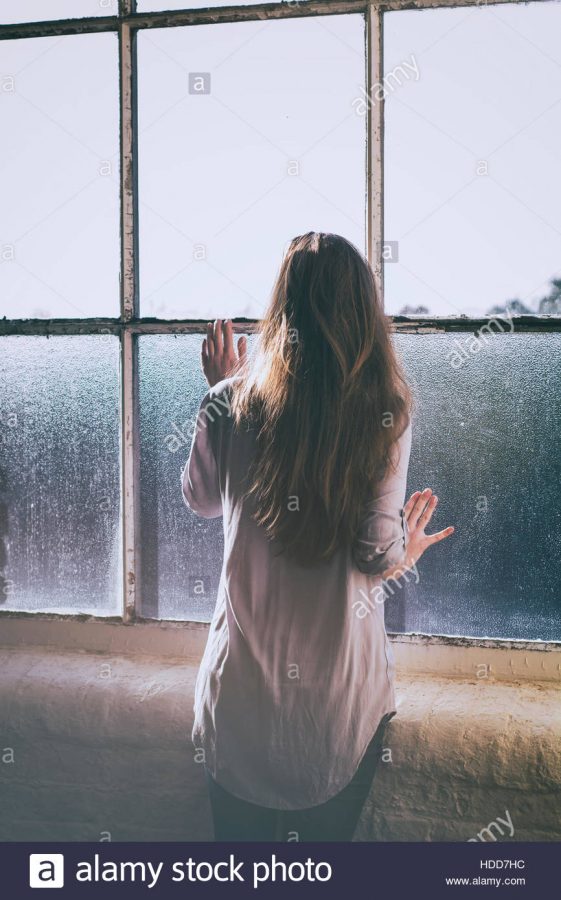 You got up and crossed the room to the window once again, and John and I shared a look. We both knew that there was no way of calming you down. And you should’ve been excited; you were waiting for your college acceptance letter.

It was at 2:30, remember? For days now, you wouldn’t stop talking about Harvard. Harvard this, Harvard that. When was it ever going to end?

Even that day we waited for that letter, you were telling John and me about the campus, the food, the people. You looked like you were about ready to pack your bag and ship off.

If I was honest, I hated waiting there, Anna. I hated sitting on the couch with John, waiting for the mailman. I hated seeing you this happy about the whole thing.

Not long ago, we were children, you and I. We would play in the yard, watch TV, and get a sugar rush from all the candy we snuck back to our room. We were free; we were close.

Then we grew up. We weren’t playing make-believe anymore. We were living, you and I. You were going to college, and I was going to twelfth grade. We were adults.

Mom and Dad were, I guess, by our parents’ standards, happy. Soon, they would have the house to themselves again and would only see us occasionally. I didn’t like this.

I didn’t like that you were going away soon. I kind of hated you actually for it.
Most would call it jealousy, envy maybe, but you did have it all, and I just hated that.

You were pretty, Anne, oh so beautiful. You got good grades, a promising talent, a boyfriend. I didn’t.

I’m not saying that I’m a loser because I’m not, but I wasn’t you. That was the problem. I wasn’t as pretty as you; I didn’t get grades like yours, and I most certainly didn’t have a boyfriend.

I was just me, the girl that chewed on the end of your braid while we watched The Lion King.

I found this a bit humorous.

You looked at the TV, playing a recorded version of Fight Club, a movie I knew Dad recorded to watch later. John was the one that decided on it. A classic teenage boy, I would say.

But your eyes moved quickly off the screen, and onto me. There was something in your green eyes. Were you scared? I couldn’t be sure, and because of that, I didn’t know how to answer you, so all I said was, “please sit down.”

You sat on my command, right next to John, who mouthed, thank you to me. I returned with a nod.

You watched the movie for a minute or two, silently taping your foot as you did so, but ever so quickly, you glanced at the window.

You just couldn’t help yourself, could you?

John sensed this and grabbed your hand, squeezing it tightly. You look at him, and he looks at you. And I look at you both.

“Calm down. It’ll get here. Just please, please let me enjoy the time I have left with you, okay?” John said. What a good guy he was. That’s why you picked him, isn’t it? You like people that are nice to you.

No wonder you had good friends.

You squeezed John back, saying thank you and whatnot, while I was looking at the clock hung to the left of us.

“We got fifteen minutes until it arrives,” I said, trying to make myself sound excited. As I said, I’m not very fond of you going away. I started to think that maybe it was because I don’t like change, and I think I’m right.

Remember it took me forever to get over the death of Jackie, our old German Sheppard? Remember how long we had him and how much time I spent with him while you were texting away on your phone? I loved that dog until the day he died.

And remember that time Mom and Dad surprised us with the moving scare? Dad had gotten a job in Alaska, Alaska, for goodness sakes! You were so happy, you wanted to see it, wanted to take a bunch of pictures, but I didn’t. I dreaded even thinking about meeting going on the bus there. Why did you want to go? And why didn’t I?

Yeah, maybe I do have problems with change. It scares me a little, you know? Things are going to change all around me, us. How was I going to make it? I wished I were you. I wanted I could be a clone of you.

But you know, that’s not going to happen. It’ll never happen; it just won’t. You’ll go to college, and I’ll be all alone until it’s my turn.
“Five minutes!” You said, jumping up, detaching your hand from John’s. John frowned I knew he was going to miss you as much as I was. But, hey, we would be sad together, John and me.

By then, none of us were even glancing at the TV, we were all looking out the window, and John and I were looking at you. You flipped your blonde hair to the back and bit the inside of your cheek nervously.

“But what if you do?” I said, regretting it. Why would I say such a thing? Why would I when I knew what you were going to say? You only were saying it for the last couple of days.

“Everything,” you answer. “I’m going to do everything.”

I hated that answer, just as I hated when the mailman showed up three minutes late.

You ran out the door the second you heard him, jogging right up to the truck itself. You practically yanked the letter directly from the man delivering it. Really?

You tore it open just as you come back to the front door where John and I are waiting. I felt a nervous sweat roll down my neck as you read it to yourself.

And then when you finished, you looked at us, looked at me. You handed me the letter, and I read it. I read all of it, and when done, I gave it back to you.

You didn’t get in.