Movie Review: Jumanji The Next Level

The next movie review 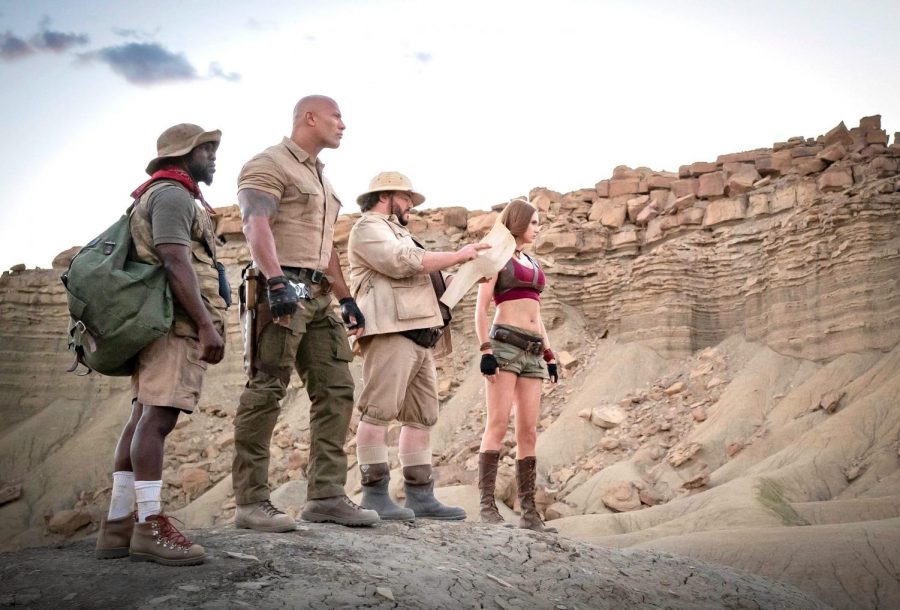 Movie nights with my family have always been a bit extreme. There are a lot of us, and one thing we’ve learned the hard way is that if the movie isn’t good, the night probably won’t be either. So finding a movie that is more-or-less appropriate for the entire family and entertains all of us, or more specifically keeps the little kids from going crazy and doesn’t bore us older ones half to death, can be pretty hard sometimes. Luckily, our local RedBox had our back and while we might have missed our chance to watch Jumanji: The Next Level in theaters when it came out towards the end of last year, it was still the perfect movie for our Friday night in quarantine.

Jumanji: The Next Level, a highly anticipated sequel to 2017’s Jumanji: Welcome to the Jungle and the second follow-up to 1995’s Jumanji, truly takes it to the next level packing it’s 123-minute runtime full of fun, wit and a whole lot of excitement. With the return of the previous film’s charismatic protaganal quartet, plus the addition of three more beloved stars, the casting of Next Level is on point. And honestly, with a cast like that is there any reason not to watch?

Personally, one of my favorite parts of this movie was seeing the comedy gold achieved through having such a genius cast. Black and Hart’s portrayal of several different characters is both hilarious and an example of tremendously good acting.

There are a few points in the movie where it does feel like a repeat of Welcome to the Jungle but while the idea is virtually the same, there are still a lot of new surprises and unexpected twists as well as new faces, including Danny DeVito as Spencer’s cranky grandfather Eddie and Danny Glover as Eddie’s estranged business partner. The crowd-pleaser also does a great job of expanding the world of Jumanji beyond just the jungle.
The basic synopsis of both films: In Welcome to the Jungle we see an unlikely team of teenage protagonists Spencer (Alex Wolff), Martha (Morgan Turner), Fridge (Ser’Darius Blain) and Bethany (Madison Iseman) who find themselves trapped in a video game by the name of Jumanji, where their only ticket out is to win the game. To play this game the teens must take the role of different avatars– played by actors Dwayne “The Rock” Johnson, Kevin Hart, Jack Black and Karen Gillan –and go on an epic quest to save Jumanji.

In Next Level we see that the gang has parted ways but, despite agreeing on “never doing that again,” Spencer returns to the fantastical world of the game in hopes he can once more feel like his confident avatar Dr. Smolder Bravestone (Johnson), causing his friends to have to jump in after to bring him home. However, this time around the game is much more dangerous and with a new villain and new obstacles, the friends (and the two old men unsuspectingly dragged into it) must try their best to overcome their differences and beat the game for a second time. But not everything is what it seems.

Rotten Tomatoes gives Next Level a rating of 71 percent on the tomatometer and an 87 percent for audience score. “Like many classic games, Jumanji: The Next Level retains core components of what came before while adding enough fresh bits to keep things playable.” states the site’s Critics Consensus.

My only real problem with Next Level? It’s major lack of originality, but with some fresher material and the same brilliant casting, a third follow-up to the original Jumanji would be Oscar-worthy in more ways than one. It’s clear that the blockbuster Jumanji franchise isn’t hitting “game over” any time soon.

I said it once and I’ll say it again: perfect movie for a Friday night in quarantine.