Personal View: Anti-Semitism is still a major problem in America 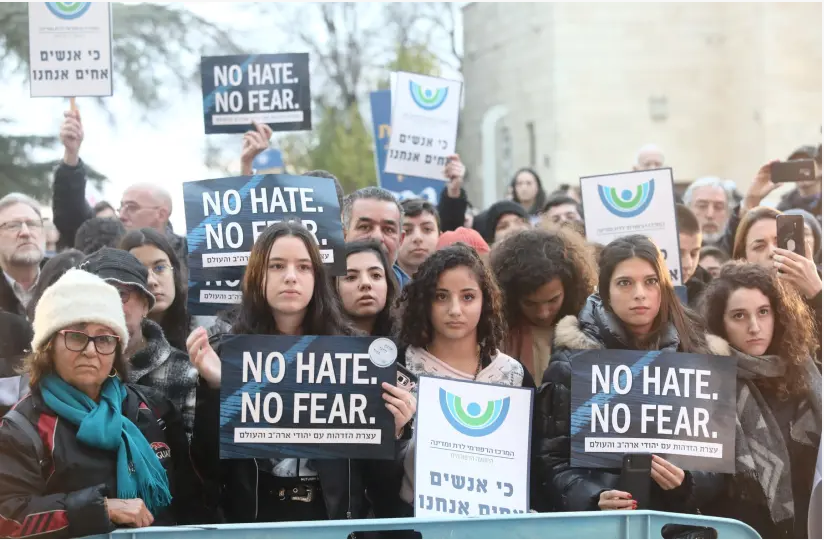 Image by TImes of Israel

A vile issue that has plagued our world since the creation of Judaism itself: anti-semitism. While the word literally means prejudice towards Jews, the actions that classify as anti-semitic are beyond imaginably horrific and malicious.

In the times of ancient Egypt, Jews were enslaved. During the reign of Tsar Nicholas II, beatings of Jews were not only common- but sponsored by the government. According to My Jewish Learning, these attacks, pogroms, were motivated by the fallacious ideology that Jews weakened the economy and- shockingly- were connected to the assassination of Tsar Alexander II. Once Hitler took power, the bigotry grew in severity. Rather than the tragedy of 12 Jews being murdered, entire Jewish communities would be loaded into trains and slaughtered like animals. In the end, 6 million Jews were murdered simply because they didn’t believe in the second half of the Bible.

For clarification, Judaism is a religion and ethnicity. The religious jews believe in one God, the God referenced in the Hebrew Bible (Old Testament). The ethnic Jews are a population with Jewish heritage but don’t necessarily believe in the religious ideologies. Being of Jewish heritage and a readily practicing Jew, this topic is extremely pertinent.

The discrimination didn’t cease once the war ended, we are still feeling it today. The holy state of Israel was founded at the end of World War II in order to provide a safe haven for Jews across the world. This is now a topic of controversy, where many argue Palestine had the land first and thus the Jews should leave. However, the original founders of Israel (then Canaan) were Jews. Genesis 12:1-8 reads, “…Abraham took Sarai his wife… and they departed for the land of Canaan, and came to the land of Canaan. And God appeared to Abraham and said, ‘To your descendants will I give this land…”  This invalidates the argument, Jews were occupying Israel until conquered by the Assyrians, residents of the Iraq area. Generations of injustice allowed us to take it back. I find the notion that Israel is illegitimate, not only wrong but blasphemous!

Another example of antisemitism as put by the Anti Defamation League,“In August 2017, the country saw a disturbing manifestation of anti-Semitism at the alt-right “Unite the Right” rally in Charlottesville, Virginia, in August 2017, where hundreds of marchers threw Nazi salutes, waved swastika flags and shouted “Seig Heils” And “Jews will not replace us!” An entire religion and race, one that I am a part of, persecuted for literally being in America. The examples don’t have to be that extreme either, day to day occurrences happen everywhere. Temple Beth-El, the synagogue I attend, has had graves defiled by the Nazi symbol. Jews’s final place of rest on this earth are desecrated by people who hate every ounce of their being. It is disgraceful.

Just this week, on April 14th, the ADL reported that, “A group of youths disrupted a Jewish funeral procession in the Crown Heights neighborhood of Brooklyn. According to a bystander, “They hit one person and then threw water on me. One of them said he had a gun and he would shoot everyone.”

It didn’t end with the holocaust. These incidents are happening right now, most likely in our communities. How to fight these horrible occurrences? In the words of my Rabbi in order to counter antisemitism, we have to speak up. “We need to respond. Not with anger, but with words that show our knowledge, our courage, our clarity, and also our compassion. Yes, Compassion! Even though it seems counterintuitive. Like those who faced challenges before us, we can speak up for what we believe in…for our traditions, culture, and faith; finding solace and strength with each other.”

Responding to ignorance with intelligence. To hate with love. To falsities with truth. A testimony to all being persecuted or facing turmoil, love conquers all. Aleichem Shalom.