Less than half were selected 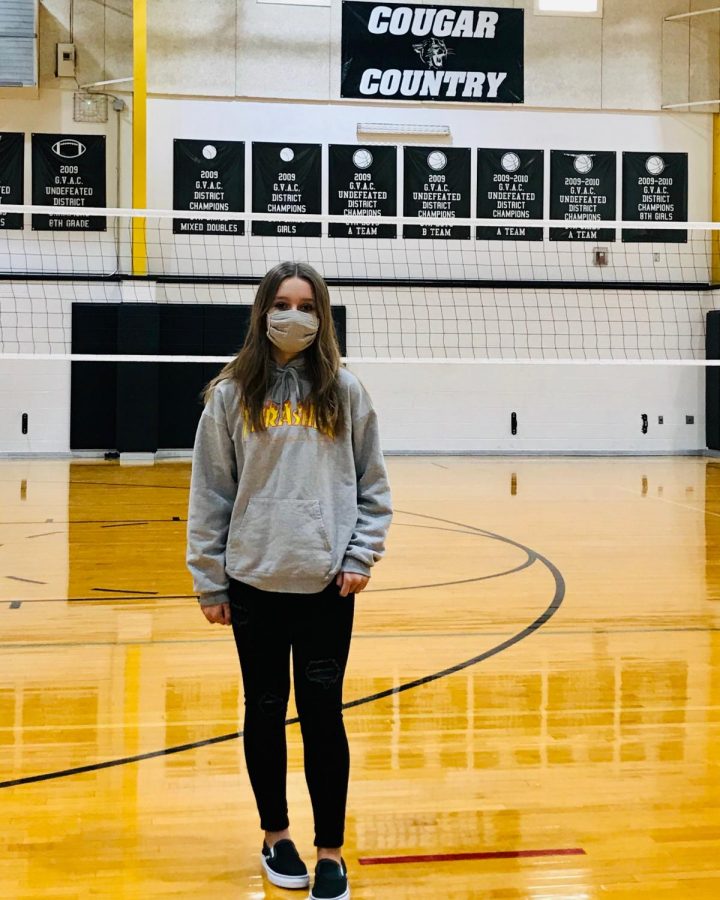 Genevieve Cox tried out for the volleyball team.

Girls volleyball tryouts 2020 was a culmination of a week and a half selection of the best suited athletes for the team. In all, there were 95 seventh grade girls and only 37 people made the team! However, for the eighth grade girls volleyball team 60 people tried out and 36 people were selected. So, less than half of the girls who tried out were chosen for the team. “ I wanted to be on a team this year because I  wanted to grow as an athlete,” said Genevieve Cox, 8th grader.

Coach Murphy helped judge volleyball tryouts. She said that deciding who should make the team can be challenging, but she enjoys all parts of being a coach.  “I decided to become a coach because I enjoy sports and the leadership skills that I get to help build. I decided to make the cuts based on skill level,” said Ms. Murphy.

Girls volleyball tryouts were held in the morning before school. Emotions were high and girls were nervous before they tried out.  “Am I going to do good today was circling my thoughts,” said Brooke Robbins, a seventh grader.

Robbins and Cox agreed on the things they would change about tryouts if they could. “I would add more hitting and more hand-on experience,” said Robbins. Cox had similar wishes she wanted more movement and more game-like drills. “I would want to stay active,” Cox said.

There are three volleyball teams created based on skill level. “I felt relieved when I made the team,” said Robbins. She was informed about her success by Coach Murphy who split the athletes into groups at the end of tryouts and explained it to them.

Girls who tried out for the team as well as the coaches are relieved to just be able to get the season started this year. Due to the COVID-19 pandemic, SCUCISD students didn’t begin school till after Labor Day. This pandemic threatened the possibility of volleyball at Dobie even beginning.  “I think COVID-19 changed tryouts because of the social distancing. “I do not think it’s major, it’s just different,” said Cox.