Personal view: What went down in 2020 and and its effect in the U.S. Presidential election 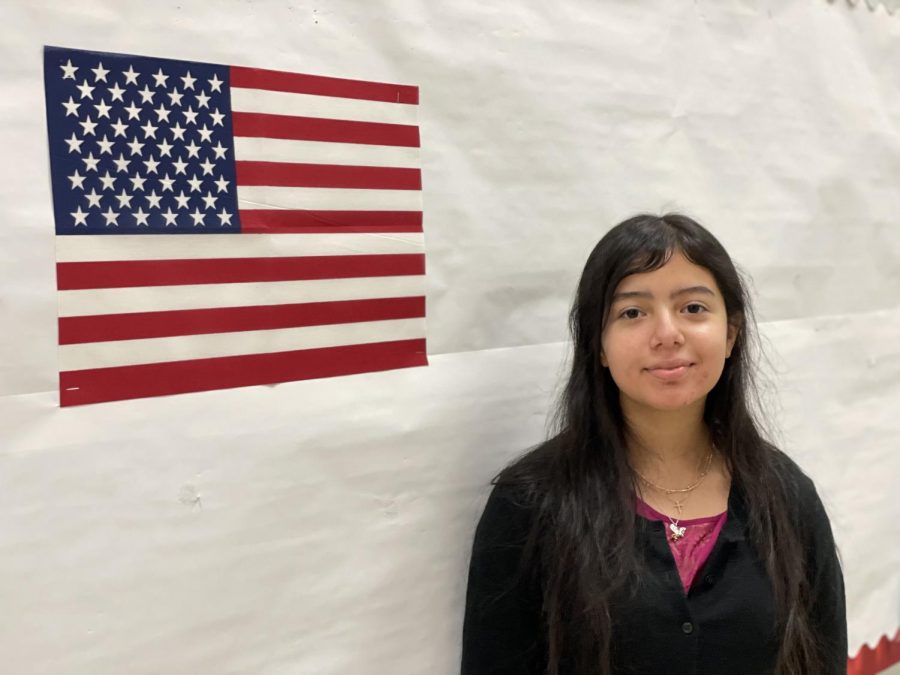 Once upon a time, in a land far far away from the European Peninsula, there was a small country– a new and freshly obtained piece of land littered with thousands of individuals possibly dead and maybe alive, all after declaring our independence from Great Britain and going into a grave war with their tyrannical King, King George lll . Once, the new world was ours, the founding fathers struggled to figure out how the country would gallantly operate, they weighed the pros and cons of having a leader, but still, nothing seemed right.

Until one day when they finally hit the nail on whomever’s coffin was nearest, because they had figured it out. There would be a  president who would be elected as the rightful ruler of the newly born country!

Only for a short period of time, that is…not to mention that, their powers would be limited to a certain extent…a leader…One who wouldn’t and couldn’t ever be able to have absolute power…never.
244 years later …
Time goes by quickly. We went from the year 1776 and came to 2020 and not so long ago, 2016 was a thing. That was the year a woman by the name of Hillary Clinton ran for president against her fellow political candidate Donald J. Trump. Though, that election was crazy enough, with people not only protesting but also rallying, everyone on both or no sides at all, ALL went bonkers or expressed some sort of opinion to some degree. People thought it’d be a revolutionary and historical event. “The first female President of the U.S.A.” read all the headlines in news articles. Not because she won, but because it was something a large group of people longed for: Change. But, of course, there was only so much reporters could squeeze out of that single headline without providing any information other than “will she be the first female president?”

Same goes the other way around with President Donald Trump, though there wasn’t much to speculate about him since, “What was entertaining or even interesting about him?!” He wasn’t any different than all the previous old Caucasian males running for president, except that he had a huge advantage financially. Thus, he won. While we all debated the pros and cons of every other person on planet Earth we could possibly identify, he swept himself under the rug and swept us, off our feet and so we fell into President Trump’s grasp, right into the trap of publicity.
All hail Captain Ameri—-
AFTER a while, things suddenly began to cool down. We all forgot about what went down and the focus was shifted to our new President. What would he do? How? And would he keep his promises? There were ups and downs that our country faced under his reign. The biggest up being an increase in economic welfare while the biggest down of them all was during the final year of his presidency.
The cursed
Imagine. The year’s 2019, but it’s New Year’s Eve. You had somewhat of a terrible year. All you want for this year is to find happiness…You wish from the deepest blood-filled crevices from within the organ you call your heart “May this be a fruitful year of joyous memories”. You close your eyes as you drift off to sleep, but then you wake yourself up at exactly 11:59 PM by some “miracle’’, we’ll call it…. The fireworks go off and you let a small but hope filled smile escape your face…You close your eyes. “A new year. A new beginning” you say. Then, the fireworks get out of control and nearly almost burn your whole continent down.

And that ladies and gentlemen, is how you prepare the beginning of a post-apocalyptic disaster thriller with a hint of horror novel. It wasn’t fireworks that almost burned the whole continent of Australia down but forest fires and so many trees were lost during that time. Loss became evident…The country for a time was experiencing war threats regarding a third world war. Luckily, that one wasn’t blown out of proportion

And who could forget the coronavirus? The virus that took us by storm. The one that affected the whole globe in a matter of weeks. Having us quarantined for what’s felt like years. Blending that once thick line between night and day, making it oh, so blurry. Lives were ruined. Jobs lost, families broken all due to this tragic curse. Loss, once again becomes evident.

If you were hoping for a year of prosperity-filled with good fortune then you’re in the wrong book. We didn’t win the lottery, instead we decided to re-open Pandora’s Box. A figure of speech, but is it really?

“Any source of great and unexpected troubles” check!

“A present which seems valuable but which in reality is a curse”. A new year, a second chance but not really? YES SIR!

Trying times, terrible times, though to be honest, times have always had their lows no matter the situation.

The world went dark. The sun only burned us alive, didn’t think to shed some light or to be our guide out of the darkness…
“Adversity is sometimes hard upon a man; but for one man who can stand prosperity, there are a hundred that will stand adversity.”

~Thomas Carlyle a famous historian
Small steps…baby steps… We cannot change the world as a whole in an instant, but we can, our country little by little. We should fight for what we believe is right and for what we truly believe in.
Voices heard through votes
Voting is a choice. It is your choice, one you have if you’re an American citizen over the age of 18, registered, and not incarcerated. Throughout American history, voting wasn’t a right just any person possessed. Only certain groups of people were represented and votes actually counted. People have died for this right, they have fought and dedicated their lives so that the world we live in may become a better place.

Have things changed? The answer is yes. Thanks to people like Susan B. Anthony and Elizabeth Cady Stanton who fought for women’s right to vote and people like Martin Luther King Jr. who fought for African-American’s right to vote. Voting is our voice. In a crowd full of strangers we can’t always have our voice heard over all the overlapping voices, but when those voices stop overlapping and choose to merge together in unison this voice suddenly becomes heard. It’s the loudest in the room. The strongest and most powerful one. There is strength in numbers, which is why there is strength in votes. 1 vote alone may not change everything, but 10, 200, maybe 3,000, or even 10,000 votes. That’s when things take a turn. That’s when we speak up and when things begin to change.

Over the summer, many domestic issues regarding discrimination were brought into light. Protests were in action. Riots and looting sadly became part of the process. Goes to show how much an incident can influence a domino effect and merge into major events. The right to peacefully assemble is in the 1st amendment in the Bill of Rights of the Constitution. One we should cherish but should never take for granted as many countries around the world don’t have this freedom. Our voice can be heard, patience is what wins in the long-run.
The trap of publicity
The media often lies. They fool us because they know they can. In a world that we see as black and white, they have the whole rainbow and pick out the color they want. They tailor our map. so that if we get lost, we only ask them for where to go and they’ll reply with whatever direction sends money their way. Manipulating the truth, holding back all contributes. The lies sometimes are subtle but when we aren’t looking things begin to crumble. Suddenly, they grab a shovel and start digging up lines from the past as blackmail to ensure their story sells.

Misinformation is an issue within politics today. If I may say, the truth these days is like looking for a needle in a haystack. It’s hard to find but it’s there if you keep looking. PSA: Do your own research. Know who you are supporting. Don’t let anyone brainwash you. If something smells fishy, investigate and remember, just as you are entitled to your own opinion, others are too.
A leader
A leader is someone who inspires people to follow their command by a show of character, ability, and ideology. The opposite of a tyrant, basically. Every 4 years, we decide on who we follow as a leader and who deserves that honor. Then, we name them the President. The President of the United States of America.

This year’s presidential candidates are Donald J. Trump vs. Joe Biden. If we thought we saw people divided back in 2016, then we’d seen nothing yet. Things now have changed more than ever. Drastically, literally, emotionally, mentally, and physically. If we were to discuss who the real winner is in this case all together,  Hysteria would be at no. 1.

President Donald J. Trump is a member of the Republican party with his vice president being Mike Pence. While Joe Biden is a member of the Democratic party with his vice potential president being Kamala Harris. Both these Political figures have gone into debates and have publicly addressed current domestic and foreign affairs and how they plan on getting a hold of it all and their plans for the future.
“ To a victim, adversity is bad. To the leader- and warrior- hard times are life’s richest times of growth, opportunity and possibility.” – Robin Sharma, an inspirational writer
Votes are surging and growing as the days grow by because people are ready to speak up, Many people who never voted before began voting because they felt that now was the time to try and make things right in their eyes.

We can’t do this alone. We need a leader. A leader who will guide us out of adversity and into prosperity. A crowd can only be stronger with a leader who brings everyone together to overcome important and serious obstacles. One who can help the public in need. This is why we need to vote for a President who will lead not just you, not just me, not just her, and not just him, but all of us-as a country to a far better destination that fate has brought upon us. We need to know who we stand for and who we stand against. Keeping our morals and beliefs intact.

Thank you and a good day to all, may all your dreams and wishes come true.