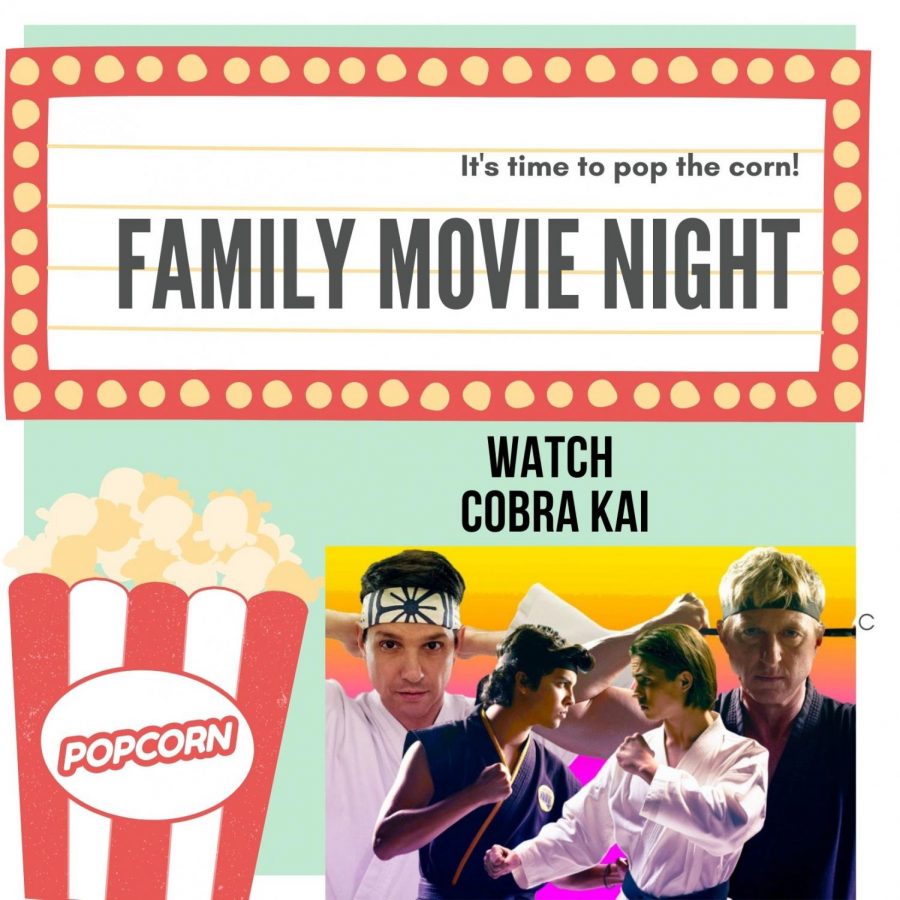 My favorite series of 2021 is Cobra Kai. You should watch this series. Cobra Kai is a spinoff of the Karate Kid franchise. My parents watched Karate Kid in the 80s when they were kids and now they can relive their childhood.

According to Rogerebert.com, “Cobra Kai became a pop culture hit not just because everyone loves The Karate Kid, but because this series has found a balance between easy to watch nostalgic entertainment and excellent dramatic plotting.”

Cobra Kai has three seasons that are a hit. Each episode is humorous and inspirational. “Appealing to aging Gen-Xers and their kids alike, this multi-generational crowd pleaser continues to explore themes of redemption, forgiveness, mentorship, and acceptance with confidence but not an ounce of subtlety.” states Hanh Nguyen from IndieWire.

Nick Allen from Rogerebert.com stated, “Nostalgia is the active battle in this series, while students and teachers alike struggle with being defined by their traumas and past mistakes.”

If you’re looking for a show to try, you should watch Cobra Kai. You will not be disappointed. Teens and adults can relive the saga and share personal experiences. Check it out on Netflix now!