Dobie students compete in Tournament of the Champions for UIL 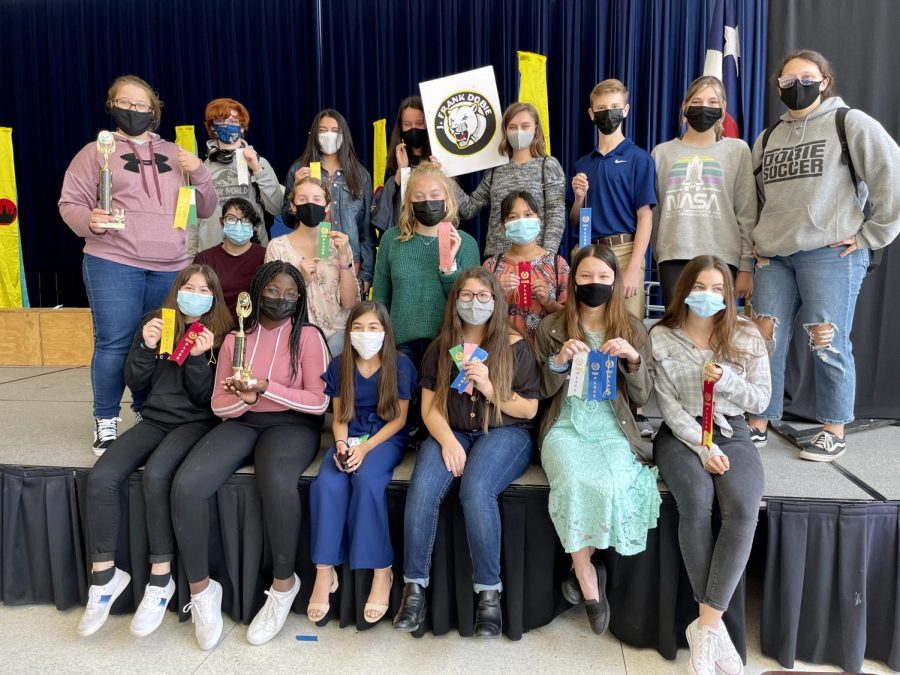 This past Saturday, several Dobie students rode the bus to New Braunfels Middle School. Dobie has been participating in UIL events for over 20 years now, and this year, in Tournament of the Champions, Dobie 8th grade students did so well they took home first place! “This is my 17th year teaching here and UIL was going on before then. Coaching has not always been fun, but the meets always are. UIL is definitely worth it,” said Mrs. Swanson, an 8th grade English teacher. Mrs. Swanson also coaches oral reading and impromptu speaking for UIL. 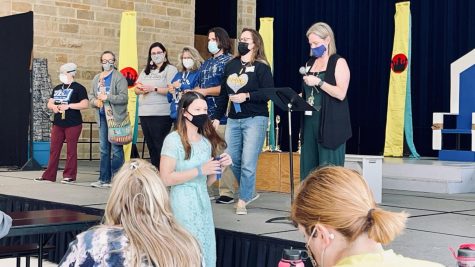 Waking up that morning, the majority of students competing felt excited, but a little nervous. “I felt good because I had faith that I was actually going to win something and I did. It was also going to be so much fun hanging out with my friends and winning stuff,” said Jordann Neskora, Dobie 7th grader, in-person.

“I felt queasy and uneasy, but mostly excited that I had come that far,” said Maricela Aguilar, Dobie 8th grader, virtual.

Students making the decision to wake up early on a Saturday, a day that most students spend laying around or doing some kind of entertainment, shows a lot about someone. Not many students want to spend their Saturday at a school testing or speaking, which is why what these students did was so amazing. They truly made Dobie proud this past Saturday.

We would like to congratulate the following students for their hard work, dedication and placing in their events:

Some students just went to UIL for the fun of it;  some might’ve just wanted to hang out with friends from other schools. Either way, the fact that students made their own decision to represent Dobie in UIL is outstanding. Tournament of the Champions had to be rescheduled because of the snow storm, yet students from all over chose to attend on their own time.

Competing in any UIL event takes practice, some more than others, but you still have to work at it. Doing one event is amazing for a student, but qualifying for multiple events is even more amazing. “I participated in five events in the tournament,” said Jordann Neskora, seventh grader.

The following Dobie teachers attended the Tournament of the Champions, and we would like to acknowledge them for all their hard work and dedication they have done to help our UIL winners: Mrs. Reed, Mrs. Garcia, Mrs. Bagley, Mrs. Wetz, Mrs. Swanson, Mrs. Hecox, and even Mrs. PJ! After interviewing several of these teachers, all of them said that they are very proud of their students who made the brave decision to compete against other schools and show pride for Dobie.

If any students did not stay for the awards ceremony or you just want to share it with your loved ones, here is a short video of the Tournament of the Champions on the Dobie News YouTube.

Note: Both of the UIL qualifying meets are also on the Dobie News YouTube channel.