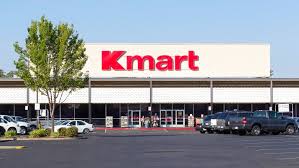 KMart stores are closing nationwide, and some people are wondering why.

According to CNN 10, Amazon is dominating stores with it’s cheaper prices.  According to Aol., 108 KMart stores will be shutting down by April not including Macy’s and Sears. The eventual 150 store closures will be about 10% company store’s base.

“I usually shop at Walmart or H-E-B,” said Olivia Smith, eighth grader. She is completely unworried about KMart closing, “…because there’s plenty of Walmarts and H-E-Bs,” she said

“Walmart and H-E-B are usually where I shop,” said Britney Bewley, 8th grader.

“They can’t compete with places like Walmart, I mean, they’re not exactly known for quality,” said Scha McDaniel, an adult friend who shops often, and at many different stores.

“It’s just that Walmart and H-E-B have a better competition and a more popularity,” said Bewley.

Smith said that she didn’t even really know what KMart was, but people that she knows do. “My sister goes every once in awhile,” she said.

It is true that Walmart and H-E-B are getting more customers than K-Mart, just look at the parking lots. K-Mart used to be very popular in the early 2000’s and has slowly dropped to the bottom of the list of people’s frequented stores.

And according to McDaniel, KMart has been dying for twenty years, and it’s unsurprising that they are disappearing. She does know of two KMarts that have closed, but has no worries about the economy.

On their website, Kmart says that by closing more stores, their customers will have a better experience.

According to KSAT News, K-Marts ares starting to close this Friday all around San Antonio. Many of the Kmart locations are having a clearance sale up to 80% off.

“Well, since K-Mart is closing, more people will shop at bigger stores such as Walmart,Target and H-E-B,” said Bewley.