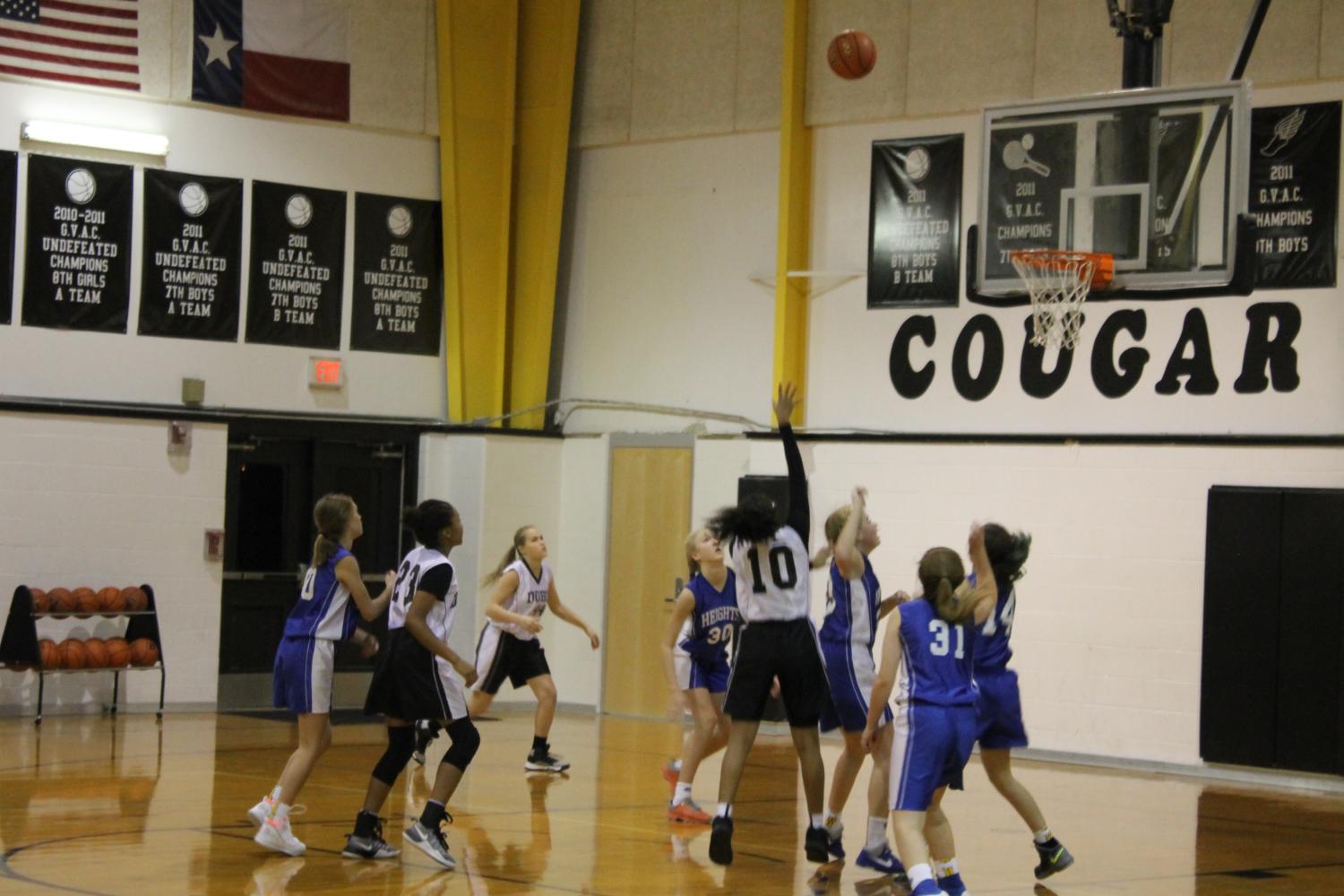 Lady Cougars getting a shot for the team.

Basketball is not just a sport for boys but it’s also for girls too. Dobie Junior High’s girls basketball team is defeating every school. They are undefeated and unstoppable and we are proud to have a team like them. Every team that plays Dobie’s girls basketball takes an L .

There are 5 positions in basketball the power forward, small forward, shooting guard, point guard, and center.

Girls Dobie basketball team works very hard and puts time and effort in there games. Point guard for b team Lei-la Curtis has been a big part of winning because she is one of the most important positions in the game and she has scored a lot of points in each game.

Jayden Parkerhurst, A  team player, has been good as well she has made good shots and is good at defense. Parkerhurst has also been helping her team in offensive ways also. The girls Dobie basketball team has won 2 games so far this year.

It is very important to practice everyday because once you practice you end up getting better and better it also benefits in winning more games because you get better each time.“I think practice is important because it gives us more improvement on our games,” said Parkerhurst.

It takes time and effort to achieve what you want to do. That is not only a lesson in basketball but also in life with time and effort you can achieve everything that you put your mind to. You also have to have a good attitude. “I want our team to have a better attitude because our team has a stank attitude,” said Curtis.

Teamwork is based on a good attitude because without it there would be no team as a lot of people say “ there is no i in team “. Parkerhurst thinks Girls Dobie basketball team might be on TV because Dobie girls are really good. “My favorite part of basketball is playing on the court and breaking peoples ankles,” says Curtis.

Curtis says that her biggest team achievement so far was winning all the games they played so far. Curtis also said that even though she was assigned number three she would rather have number one of twenty four because it is my AAU basketball number. Lastly Curtis said that one thing she would change about basketball is the team’s attitude because we have a horrible attitude and because we have no sportsmanship.