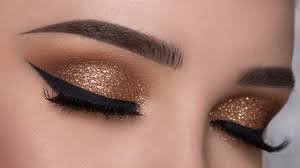 Did you know that, according to dailymail.co.uk, in an average woman’s lifetime she spends 1 year and 3 months applying makeup?

According to reference.com, “According to an article from In Style the average woman spends $15,000 on beauty products over the course of her lifetime. Nearly $3,770 is spent on mascara, $2,750 on eye shadow, and $1,780 on lipstick.”
The question is, is all of this worth it? Dobie students were very opinionated about this topic.
“Yes, makeup is great, but a bit time consuming,” said Serena Deltoro, 8th grader. “It’s kind of like art for yourself, it is not necessarily making yourself prettier, but it’s experimenting.”
Not only do females wear makeup but in Japan men dressing in ‘drag’ is trending. According to New York Times “Along with his manicured nails, bobbed hair and high-heeled shoes, the makeup made Mr. Sasaki,age of 23, appear more typically feminine than male, a striking choice in a society where men and women tend to hew strictly to conventional gender dress codes.”

The article continues saying, “Toman Sasaki is among a new wave of young Japanese men bending gender norms. He wears nail polish and makeup, but does not regard his look as feminine. “Regardless of sex, we believe we can live however we like,” he said.

Fashion repeats and now America has our first male Covergirl. James Charles is 17 from Bethlehem, NY. His journey to fame started when he saw his yearbook photo and got the photographer to retake it because he thought he looked ugly and he wanted his senior yearbook photo to look fabulous.

He went to retake his photo and he did his makeup , and even brought his lights to make his makeup pop. When he got the photo back he posted it on social media and it went viral. Covergirl then saw his post and made him a Covergirl and now he is doing professional makeup on his Youtube channel and is on television shows such as Ellen also in commercials .

Dobie students reactions to him and his story were awesome. There was no negative comments, and everyone was very accepting him.

Isabell Benzor also said “ He is really good (at makeup), just let him be himself!”

But now the overall question is: Why do we wear makeup? Brian Bondoc says, “ It is because they (girls) are insecure.”But Deltoro argues that it is, “testing your limits and skill, not necessarily making yourself prettier.”