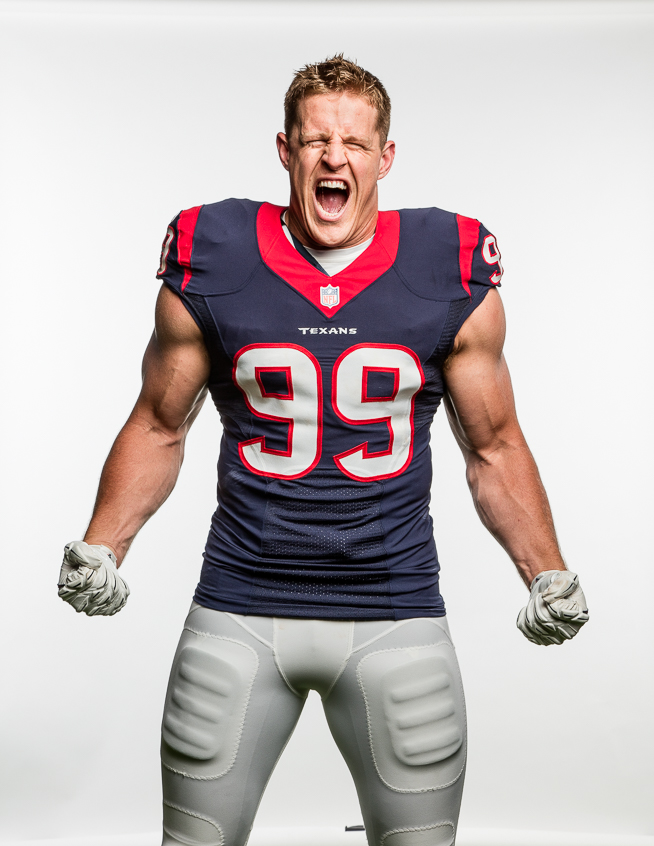 Houston Texans defensive end J.J. Watt posing for portraits in the practice bubble across from NRG Stadium in Houston, Texas on Wednesday, July 22, 2015.

Pro athletes get so much money and they deserve every bit of it. They have worked so hard by competing in high school to get to college and then to the pro leagues. What I don’t think people understand is there are thousands of people who play in college but only about twenty or less get drafted into the pros.

They work way to hard not to get paid like they do. The players do not get paid to sit on the sidelines, they get paid to risk it all and play the sport. All athletes are so dedicated to the sport that they risk injury to play, especially a sport like football where contact is the whole game.  The psychological stress placed upon athletes is overwhelming. They are constantly worrying about their bodies, because if they get hurt, their career may be over.

All pro athletes are fighters.  Most pro athletes have gone through something in there career whether it be injuries or just going through low times, every player is a fighter in that they keep on going.

Every athlete who cares about his/her career will keep on going until their the best because they have come so far not to show that they want it. When athletes come into their respective leagues everything is against them because they are one in  thousands of other players who want their spot and will do anything for it.