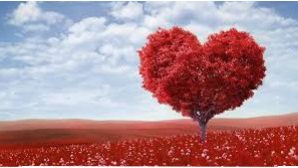 Across the United States, including other places around the world, February 14 is well known as Valentine’s Day.  Candy, flowers, and gifts are exchanged between loved ones.

Valentine’s Day is named after Saint Valentine, but not many people really know who this mystery saint is, what the true meaning behind this beloved day, or what exactly is the meaning of love.

Saint Valentine was martyred, a person who willingly suffers death rather than renounce his or hers religion, on February 14 in the late third century A.D. But some believe that the St. Valentine that inspired the holiday might have been two different men.

The Catholic Church officially recognized St. to be a real person, but his identity was questioned as early as A.D. 496 by Pope Gelasius l. The Pope referred to St. and his actions as “being known only to god.”

One account from the 1400s described the St. as “a temple priest who was beheaded near Rome by the emperor Claudius ll  for helping Christian couples wed.”

“I think that he is someone that changed this world in a way to have his own holiday.” stated Rayleigh M, as I asked him who he thought Saint. Valentine was.

Some people think that this day is not that important, but it is and the message of the day is even more important.

“I think that the true meaning of Valentine’s Day is a special day for those who have that special someone. They have a day dedicated, although you shouldn’t need just one day to show them that you love them because you should do that everyday,” said Rayleigh M. “But for the single people it also a great day for those to give others chocolates and gifts, even if you don’t have an emotional connection.”

“I wouldn’t say that I love this holiday nor say that I don’t know anything about it,” said Sonya S. “I think that the message behind this day is a day for people to show their significant other how much they really love them by giving gifts that mean something special.”

Everyone knows that Valentine’s Day is all about love, but love might have the same definition, but different meaning.

Although young people can love another, adult love is more mature. An adult has to be willing to give up anything for the ones they love,” said Kellsey C.

Rayleigh M. said she has her own definition of love.“ In my own words, love is a secret meaning for two people who have very deep feelings for each other. It’s like promising to never leave them, and take care of them no matter what, for the rest of your life,” she said.