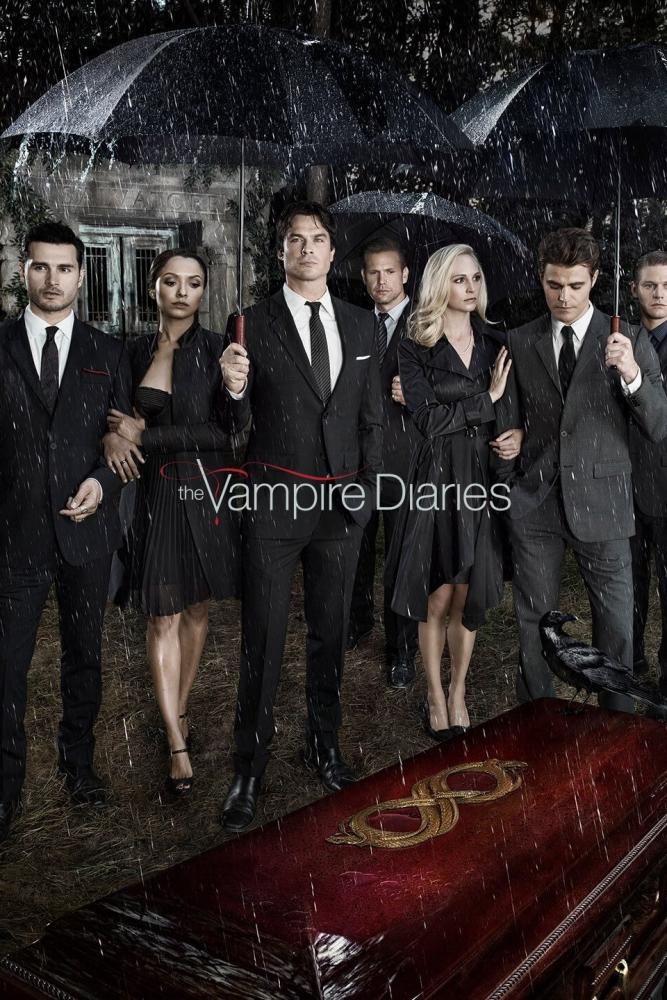 The Vampire Diaries follows the life of Elena Gilbert, who falls for a handsome century-old vampire named Stefan Salvatore. Their lives grow more and more complicated as Stefan’s vicious older vampire brother Damon Salvatore also returns to town with a vendetta against his brother and the Founding Families’ descendants. However Damon quickly becomes their greatest ally in their fight against evil. The series is set in a fictional town heavily charged with supernatural history, known as Mystic Falls, Virginia.

I like the Vampire Diaries because its drama, action, and adventure. The characters are very well played and thought out. The Vampire Diaries is dramatically plotted and it gives you the feeling of you wanting to see what happens next.

Elena Gilbert starts off as a 17 year old, junior in high school. She then is noticed to be a doppelganger with Katherine Pierce and later becomes a vampire despite never wanting to be one.

Isabella Huskanovic, 8th grader, has watched the series and has a favorite character in mind.“I think it would be Stephen, because he’s cute and he would sacrifice anything for his brother,” said Huskanovic. Stefan was turned into a vampire in 1864 in the Vampire Diaries, at the age of 17, by Katherine Pierce(another vampire shown later in the series), with his brother Damon Salvatore.

The series started or premiered September 10, 2009, and then concluded on March 10, 2017. This series itself doesn’t show the whole time period in detail. “For Christmas I got tablet and I just came across it and said that I really see myself watching this series,” said Hinkle.
The Vampire Diaries is a very dramatic and adventurous series, and is known by some U.S teens.“I think it’s fun to watch and it gives you the desire to just stay up and keep watching,” said Bailey Hinkle, 8th grader. The series has been a success for the whole cast, producer, and etc. They were hopefully proud to have this title go for eight seasons. “I think that they made it interesting and dramatic and they kept it going because of all the plot twists,” said Huskanovic.

This image was found on https://www.google.com/url?sa=i&rct=j&q=&esrc=s&source=images&cd=&cad=rja&uact=8&ved=0ahUKEwiKsqLb74PUAhWFZiYKHccmDZwQjhwIBQ&url=http%3A%2F%2Fwww.cwtv.com%2Fshows%2Fthe-vampire-diaries%2F&psig=AFQjCNGb6RGXHqi5k4TKstq7DDjrloLHDg&ust=1495555277111539