The Fullest Houses on Netflix 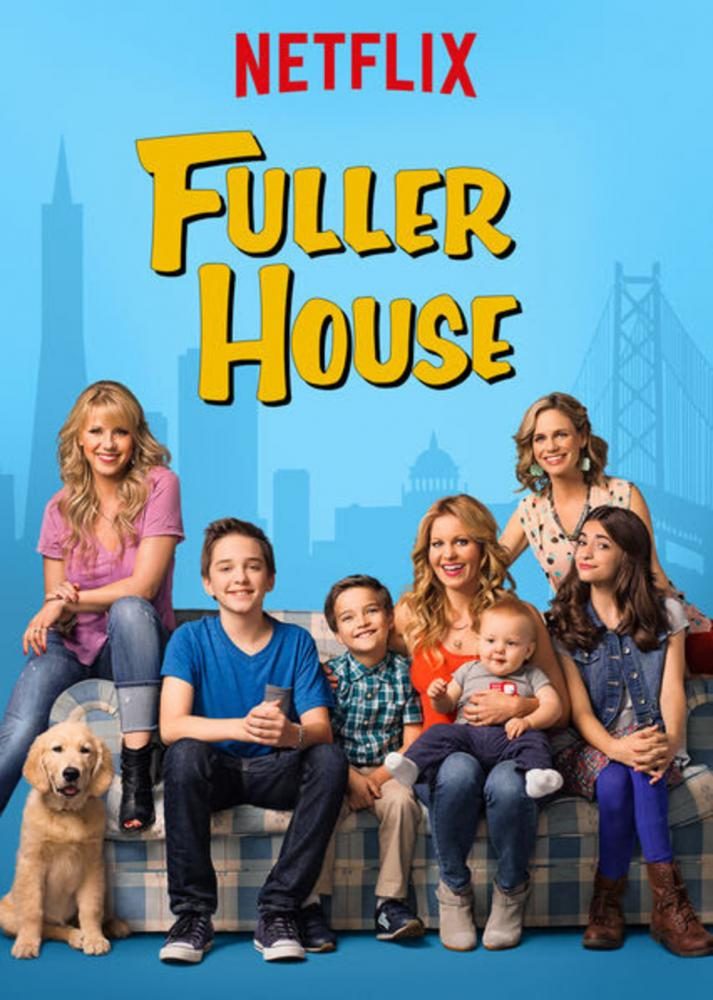 Netflix is an app that let’s you watch TV shows, movies, and more. It has a wide variety of content and now has a like and dislike button. Most people have heard of Full House a series that aired in the late 1980’s. It is a family friendly show that is about how Danny Tanner whose wife has just passed away and is now taking care of his three daughters by himself. This leads to Danny having to get help from his brother-in-law, Jesse and Danny’s best friend, Joey and they all work together to take care of the three Tanner daughter’s: DJ, Stephanie, and Michelle.

Twenty nine years later the director’s of Full House made a new show called Fuller House focusing on the adult lives of the Tanner girls and their families.

Much like Full House the oldest daughter DJ Tanner has just lost her husband, and has to take care of her three sons: Jackson, Max, and Tommy Fuller. She then needs help from her sister Stephanie, and her childhood best friend Kimmy Gibbler.

There has been a lot good feedback to the remake of Full House. “I like seeing all the old characters and how they’ve grown,” said, Lourdes Segura 7th grader.

There is however, a debate on whether Full House or Fuller House is more enjoyable. “Full House is way better,” said, Segura.

“Fuller House of course.” said, Jacy Stulsus, 8th grader. There was no clear winner but, they agreed that both of the shows are amazing.

The viewers do have some complaints though, “There’s not that many episodes.” said, Segura looking sad.

“I miss the Olsen twins who played as Michelle in Full House.”said, Stulsus.

Everyone that watches this show seems to enjoy every minute of it, with or without the Olsen twins. It is an original that can make your heart melt over and over again.